PUBG: New State does not have a release date yet and it is unclear if it will release in India. 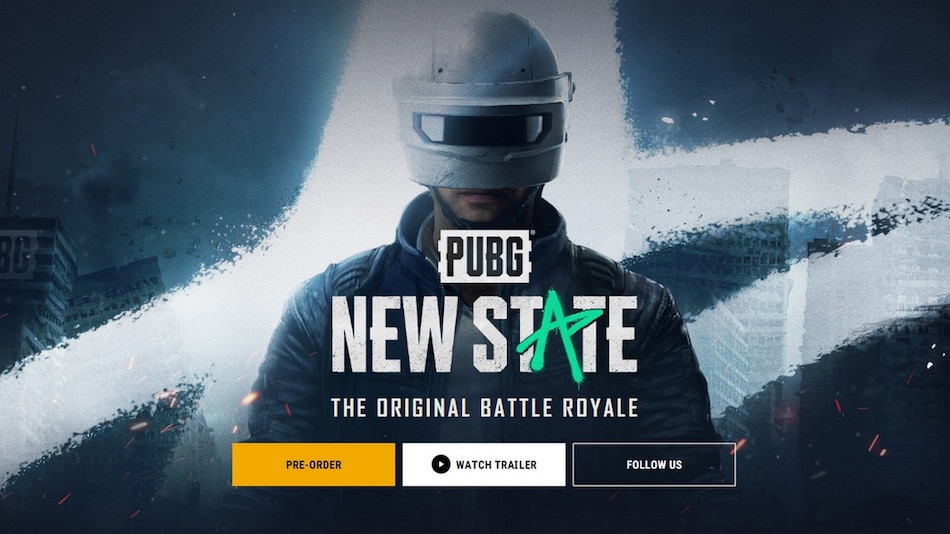 PUBG: New State has been announced and is up for pre-registration on Google Play and the App Store. The developer of the game, PUBG Studio has shared a trailer for PUBG: New State and a dedicated website has been set up for the same as well. The trailer shows some gameplay, graphics, and some new mechanics that will be present in the game. PUBG: New State is set in the year 2051 and brings new vehicles, weapons, new map, and more. The game is being published by Krafton, a South Korean video game holding company.

As per the official website, PUBG: New State is up for pre-registration on Google Play but there seems to be no option to do so just yet on the Indian store. The game will also be available for pre-order via the App Store but that's coming soon. The website states a permanent limited vehicle skin will be awarded to those who pre-order the game. Besides the new website and Google Play listing, the developers have also shared a trailer that shows of some of the gameplay and mechanics of PUBG: New State. The game is set in 2051 which falls in line with a recent leak and you can check out the trailer below.

The trailer shows a familiar battle royale setting with players dropping in to ‘Troi' which is presumably the name of the map. There are modern weapons and modern vehicles, as well as some gadgets that will enhance gameplay. It carries forward the essence of PUBG Mobile so players will not have any trouble getting used to PUBG: New State.

As of now, PUBG Studio has not shared an exact release date for the game but a recent leak suggested that it may launch as early as next week. Additional details can be expected in the coming days.

PUBG Mobile was banned in India by the government in September 2020 due to Chinese company Tencent's involvement with the game. Attempts were made by Krafton to bring the game back to the country but nothing seemed to work out. Now, whether or not PUBG: New State will release in the country remains to be seen.