PUBG Mobile 0.15.0 update is the cause the game to be under maintenance on October 15 between 12am to 7am UTC. 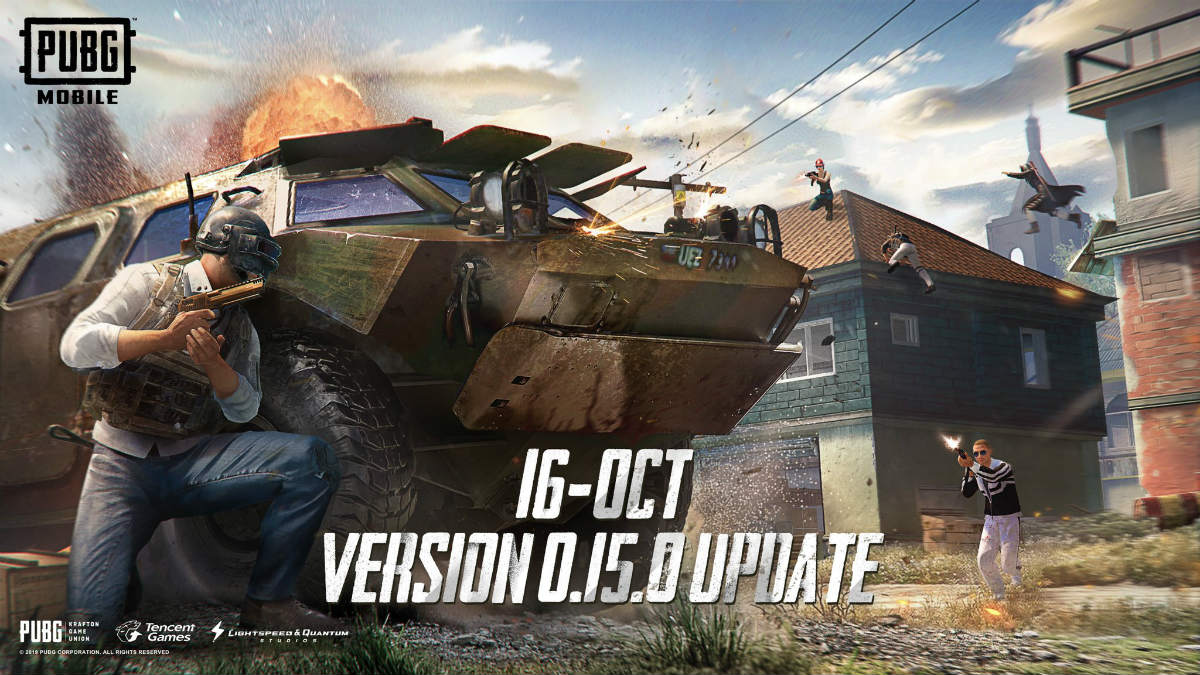 PUBG Mobile 0.15.0 update brings along a bunch of new features and performance optimisations

PUBG Mobile is scheduled to receive its version 0.15.0 update on October 16. The update will bring along new features to the ever-popular shooting game including an all-new Payload mode and the updated Survive Till Dawn - Halloween mode. The Darkest Night will also be taken offline for further tuning as well. Additionally, before the final update arrives, PUBG Mobile will be taken offline from 12am UTC (05:30 am IST) to 7am UTC (12:30 pm IST) on October 15 for maintenance.

To recall, PUBG Mobile developer Tencent Games had detailed the upcoming PUBG Mobile 0.15.0 update last week, and soon after revealed its release date to be October 16.

PUBG Mobile version 0.15.0 will feature an all-new Payload mode that will now let players fly a helicopter and even let them fight enemies mid-air. There's a Teammate Recall feature that can let players pick up their dead teammates' ID Cards and revive them at the Communication Tower. Additionally, there are new weapons with the PUBG Mobile update, including RPG-7, M3E1-A, M79 Grenade Launcher, MGL Grenade Launcher and M134 Mini-gun. Moreover, players can now call an airstrike and even fix damages to their vehicle through the Vehicles Repair Pack.

Apart from Payload mode, PUBG Mobile 0.15.0 version update also brings a modified skybox, colours, and background objects Survive Till Dawn, apart from “Halloweenized" monsters in Halloween Mode. Players will get better rewards if they defeat a new hostile human faction, which will be added in abandoned factories and strongholds. Also, with the PUBG Mobile update killing zombies grants special bio-warfare equipment that is effective against zombies and other players.

Other features introduced with PUBG Mobile 0.15.0 include Ledge Grab, that now makes it easy to climb between buildings and containers to reach previously inaccessible places. New firearms and vehicles include Desert Eagle, that has the highest damage and muzzle velocity of all pistols, and the BRDM-2 Amphibious Armored Vehicle for an all-terrain battleground navigation experience with the added security of having bulletproof tyres, available on all maps. Players can also leave graffiti on any objects on the battlefield with the PUBG Mobile update. Lastly, there's now a separate slot for eye gear, which means spectacles and face masks will not be sharing the same slot.

Along with all these new features, version 0.15.0 for PUBG Mobile also brings optimised performance with improved graphics and smoothness on lower-end devices. Do note, players who update the game before October 22 will receive Parachute Trail x 1 and 2,000 BP.