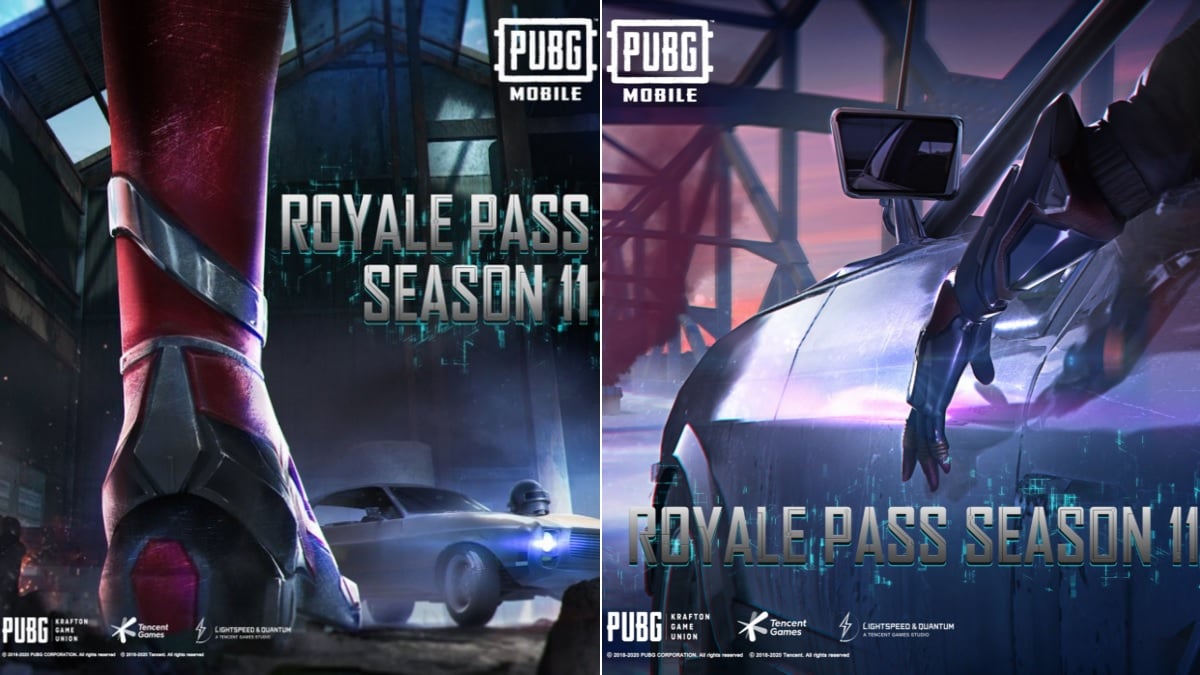 PUBG Mobile Season 10 is about to end in the next few days, and with it starts the next season. PUBG has officially revealed that PUBG Mobile Season 11 kicks off on January 10. Season 11 will be titled Operation Tomorrow, and is teased to bring some futuristic-themed content in the game. But ahead of Season 11's start, details about the Season 11 Royale Pass rewards, skins, and other upcoming game content have already been leaked. Season 11 update of PUBG Mobile is tipped to introduce the Domination mode as well as a new map, and will also add a highly effective item in the form of riot shield among others.

The official PUBG Mobile Twitter handle has shared that Royale Pass Season 11 Operation Tomorrow starts on January 10. But so far, patch notes for the Season 11 update and server downtime information have not been officially revealed. However, the teaser posters suggest that PUBG Mobile Season 11 will add some futuristic, cyberpunk-themed skins and similar elements. But before the Season 11 update could officially be released, details about Season 11 content and royale pass rewards have been leaked.

Tipster Mr. Ghost Gaming has leaked videos detailing the PUBG Mobile Season 11 content such as new skins for AWM and DP28 among other weapons, fresh parachute and bag skins, new emotes, and a whole lot of character skins as well. A new Roaring Tiger Motorcycle is also said to arrive in the vehicle workshop. Another item called Riot Shield that will protect players from enemy fire is also said to debut with the PUBG Mobile Season 11 update. A new character is tipped to arrive with the new PUBG Mobile season too.