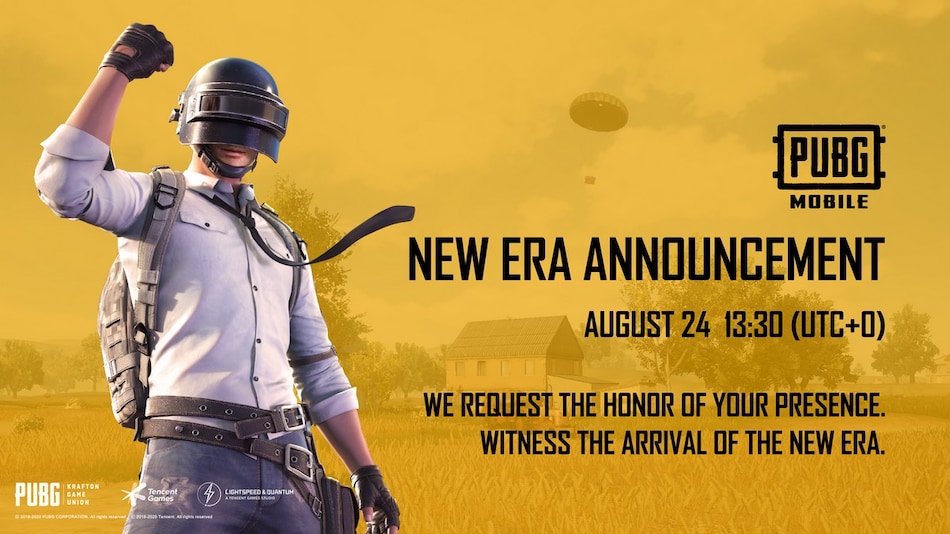 The tweet by PUBG Mobile's official Twitter handle invites players to be present for the announcement of a “New Era for PUBG MOBILE!” that will take place on August 24 at 7pm in India. The developers will share the announcement via a digital event that will be livestreamed on YouTube and Facebook. While the tweet does not mention what the announcement will be about, it is believed that the revamped Erangel map will be announced for the stable version of the game. The map is currently playable in the beta version of PUBG Mobile.

Further, since the PUBG MOBILE Esports Facebook page has also been updated with the same, it is possible that the developers announce a global esports event as well.

PUBG Mobile added the Erangel 2.0 map in the beta version earlier this month with the 1.0 update and it was only a matter of time before it made its way to the stable version of the game. The revamped map brings some aesthetic changes, while the update brings Ultra HD graphics, a new weapon, some balancing changes, and some bug fixes.

The most recent update to PUBG Mobile was the Ancient Secret mode that arrived in the first week of August. It brought three temples that start floating and a boss fight against the Pharoah.