PUBG Mobile will get Team Gun Game over the weekend as part of the Arcade game mode. 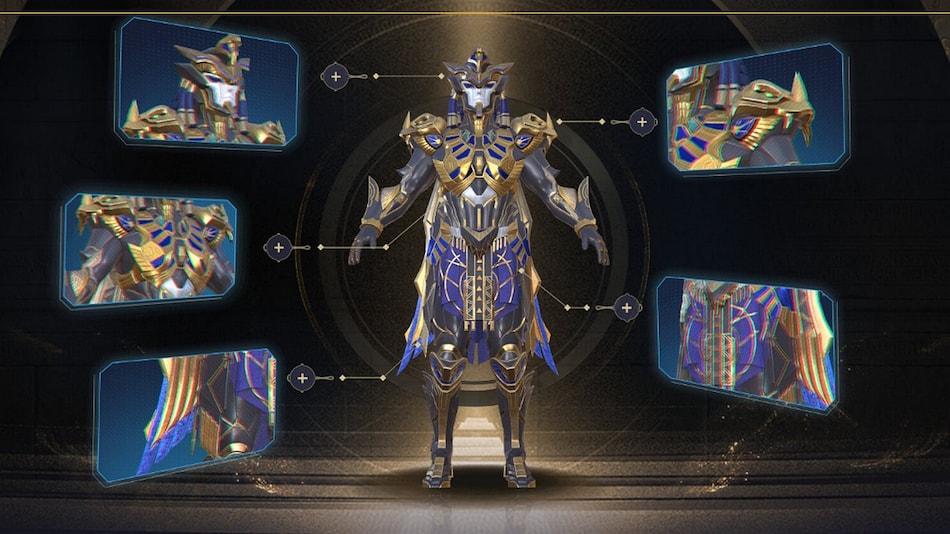 Golden Pharoah X-Suit can be acquired by opening crates

PUBG Mobile has got its first upgradable outfit with the new Golden Pharoah X-Suit. The new outfit was added with the latest update that brings the Ancient Secret game mode. The Golden Pharoah X-Suit has multiple forms and combines historic elements with futuristic technology. It can be upgraded for switching up the appearance as it has three forms, basic, advanced, and a final form, as per the PUBG official website. The Ancient Secret game mode is live in PUBG Mobile and brings a few new features and modes as well.

PUBG Mobile tweeted that the Golden Pharoah X-Suit is the first upgradable outfit in the game that might mean that there are more to come. The Golden Pharoah X-Suit is part of the Ancient Secret game mode that adds temples in Erangel and Miramar maps that float in the sky after a certain time and then disappear. The suit can be obtained by opening crates during the event that is currently going in PUBG Mobile, as well as through the ongoing lucky draw that will last till September 11.

This outfit comes in a basic form that can then be upgraded aesthetically using specific tokens called Starfore Stone and Star Fragments. There are three forms – 1-Star, 3-Star, and 6-Star – to unlock along with a teammate interaction, victory broadcast, and “Shock and Awe.” The final form of the Golden Pharoah X-Suit has a cape in the design of wings, snake inspired shoulder pads, false hair and beard, and a more robust looking chest pate. Additionally, this suit does not drop on the ground when the player wearing it dies in a match that means other players cannot pick it up.

PUBG Mobile has also shared a video on its official website showing the various unlockables.

The Golden Pharoah X-Suit comes with exclusive rewards that can be obtained by opening Pharoah Crates till August 13. It is part of the Ancient Secret mode that, as mentioned earlier, adds floating temples to the game giving players a chance to get epic loot. There are puzzles spread across the two maps and solving them gives high tier loot. Additionally, there are slate puzzles and a new boss battle that takes place inside the floating temple.

PUBG Mobile has also added Team Gun Game mode that opens from Friday to Sunday. It is a 4v4 indoor match inside a new Library map. In this mode, guns are upgraded with each kill and the final weapon is the pan. The team that kills a player on the opposite team with a pan, or reaches a higher score when the time expires, wins.