'The Ruins' map appears to be heavily inspired by Sanhok’s design. 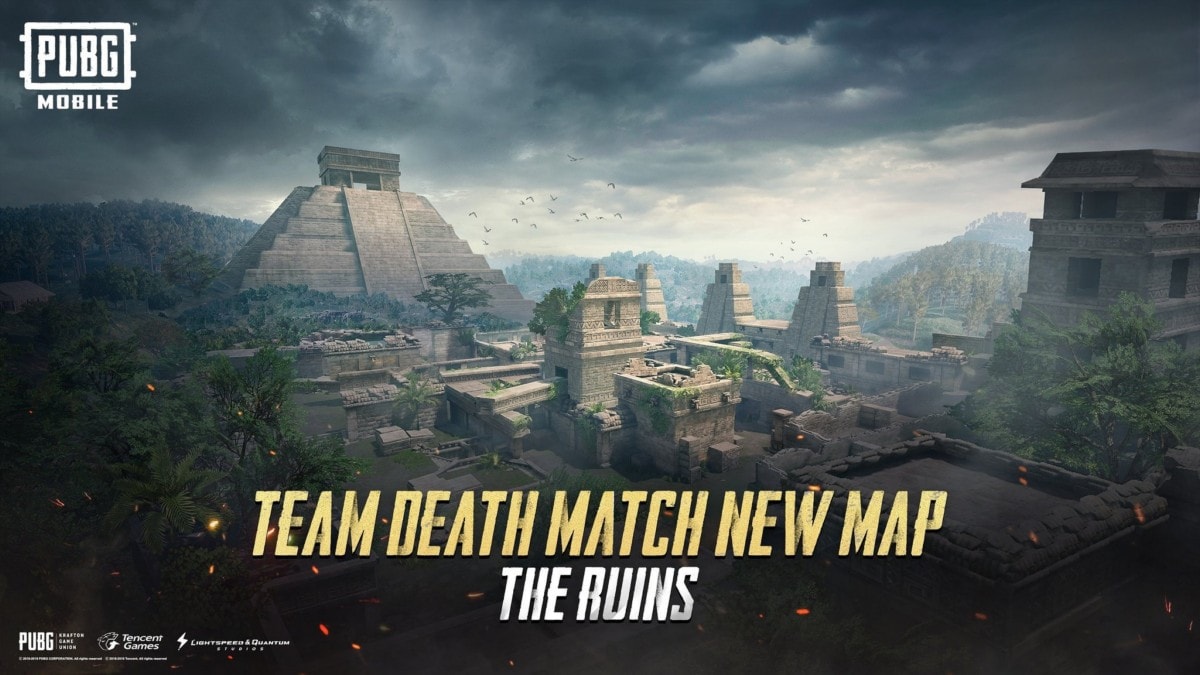 'The Ruins' map will be significantly bigger than the Warehouse map

PUBG Mobile is all set to receive a new update that will kick off Season 10 on November 9, introducing a host of new items, missions, and even a new character. PUBG Corp has now revealed that the upcoming update will introduce a new map called “The Ruins” that looks heavily inspired by the existing Sanhok map. But it appears that the “The Ruins” map will only be available in the Team Deathmatch mode of EvoGround. The map has already arrived on the beta build of PUBG Mobile, and will make its way to the stable version later this month.

Arrival of “The Ruins” map was teased by the official PUBG Mobile India Twitter handle. The tweet mentioned that it will be available in the Team Deathmatch mode. The teaser image accompanying the tweet shows a still of PUBG Mobile's new map, and it looks a lot like the Sanhok map, thanks to all that Aztec-inspired stone architecture that includes pyramids, temples, and maze-like structures. The new map will make its way to PUBG Mobile with the 0.15.5 update that will most probably be rolled out on November 8, ahead of Season 10's scheduled start on November 9.

As for the map itself, PUBG Mobile gameplay videos following the 0.15.5 beta update suggest that it will be much larger than the existing Warehouse map in the Team Deathmatch mode. The new map appears to have multiple respawn points and it has a distinctively maze-like structure with basements, pillars, and staircases scattered across the landscape. There appears to be a lot of vantage points for sniping in “ The Ruins” map, something that will make the combat experience more challenging.

In addition to a new map, PUBG Mobile Season 10 is also tipped to introduce a new submachine gun called MP5K that will fire 9mm rounds. Moreover, it will bring new emotes, M249 season 10 skin , Season 10 parachute skin, upgradable M416 skin and much more. The upcoming PUBG Mobile 0.15.5 update will reportedly introduce a new in-game character called Sara who will come with a unique ability to reinforce vehicles and reduce the damage taken by them.