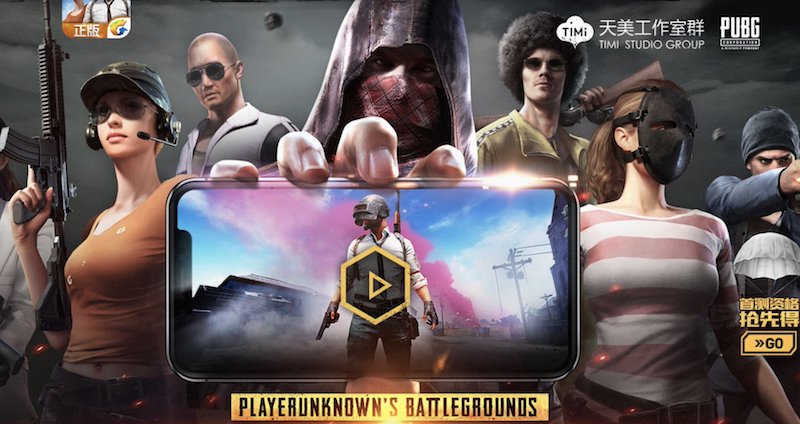 Tencent has finally made good on its announcement of two PlayerUnknown’s Battlegrounds (PUBG) smartphone games in November. One is PUBG: Army Attack and is developed by Tencent's Timi Studio. It has naval battles (something the PC games does not have) and sports a more arcade-styled aesthetic and feel.

The other is PUBG: Exhilarating Battlefield developed by Lightspeed and Quantum Studios, another Tencent entity which mirrors the gameplay and look of the PC game closely. Both games are being made in Unreal Engine 4.

“Both games have instantly jumped to the top of the download charts on iOS. The games had 75 million pre-registrations. So that shows you how huge the demand was for PUBG on mobile,” tweeted noted games analyst Daniel Ahmad of Niko Partners.

At the moment neither game have a release date outside of China, but given the popularity of the likes of Rules of Survival, it’s just a matter of time before Tencent takes battle royale on the go internationally.

Last year Tencent was bashed by China’s media for getting children hooked on violence after the fantasy role-playing game Honour of Kings boomed in popularity, forcing it to introduce a curfew for underage players.

The company said it would highlight the spirit of teamwork and fair competition from PUBG and ensure it delivers "healthy, positive cultural and value guidance, especially for underage users".