PlayStation 5 faceplate price in India is tipped to be priced at Rs. 3,999. 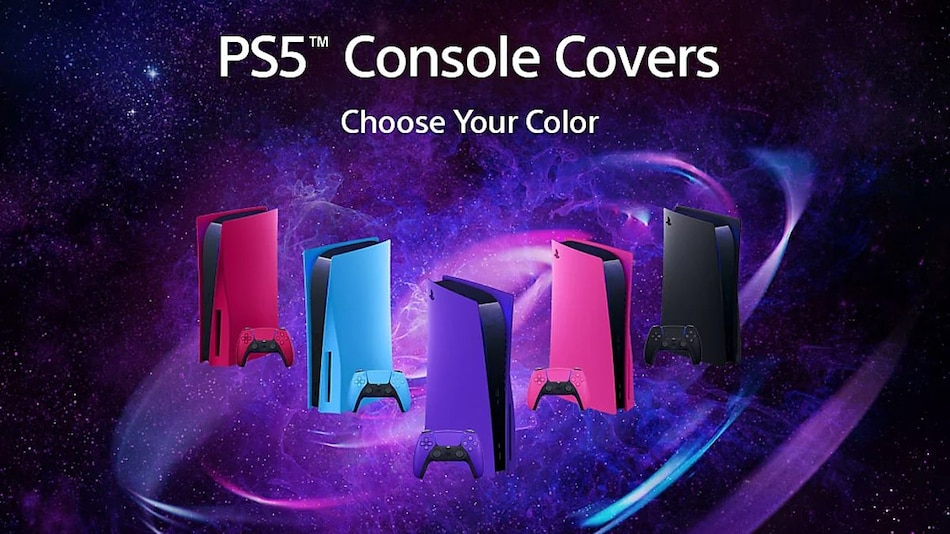 PlayStation 5 faceplates are coming to India, as per a Twitter user. Sony India has reportedly imported a small number of colourful PS5 faceplates that can be used to jazz up your console in a colour that you like the most. Furthermore, an analyst says that these faceplates will be Amazon exclusive. There is no information on the release of these faceplates as of now, however, it is claimed that they may be listed at Sony Center website ShopAtSC and may release alongside the next PS5 restock.

The information about Sony importing “(VERY) small quantities of the PlayStation 5 cover variants to India” has been shared by twitter user with handle name 'Is PS5 Out in India?'. As per the tweet, the PS5 faceplates may go on sale soon but apparently, they won't last long because of anticipated high demand. It may be available alongside the next PS5 restock. Furthermore, an analyst claimed that the PS5 faceplates could be priced at Rs. 3,999, which is roughly the same amount that Sony charges for the covers in the US. He also claims that these faceplates will be sold exclusively on Amazon.

If you are looking to buy PlayStation 5 online, you can do that when it is back in stock. It is usually available on Amazon, Croma, Flipkart, Game Loot, Games The Shop, Reliance Digital, Sony Center, and Vijay Sales. The information about PS5 restock is usually disseminated by Sony Center website ShopAtSC in advance. You can also click on the ‘Notify Me' button to get the relevant information.