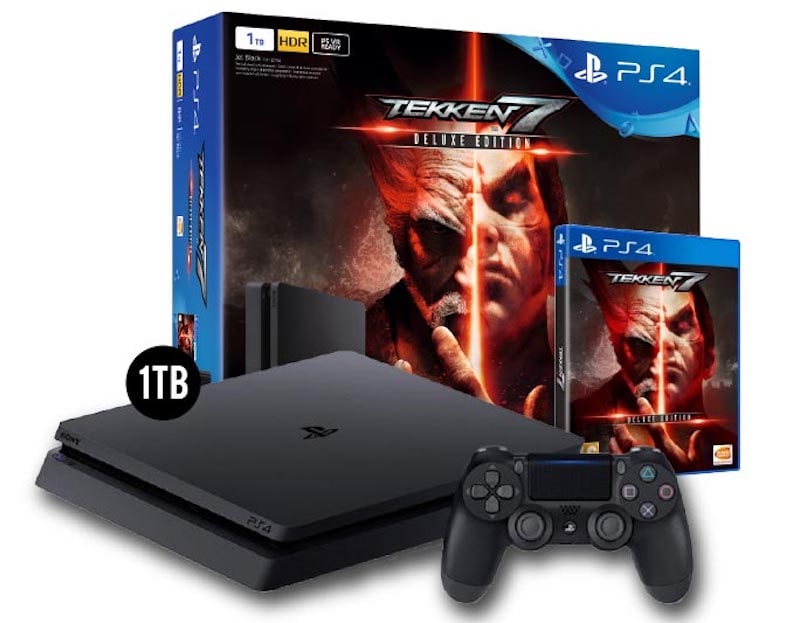 The PS4 Slim gets another bundle for India. This time, Sony India will be selling the PS4 Slim 1TB console with Tekken 7 Deluxe Edition. Several retailers speaking to Gadgets 360 have confirmed its availability from this week in India for Rs. 32,990. It will be available at Sony Centre stores, Amazon India, and Flipkart though its yet to be listed on either e-commerce platform at this juncture, but it will show up shortly.

Independent retailers may not get access to this bundle due to the limited quantities that it will be available in. Gadgets 360 has learned all of 300 units have made it to India. We’ve reached out to Sony India for comment and will update it when we hear from the company.

Is This the Best PS4 Slim Bundle for India Yet?

This bundle comes with the aforementioned PS4 Slim 1TB console and Tekken 7 Deluxe Edition. When Tekken 7 hit India, the Deluxe Edition never made it to retail. It contains the Tekken 7 Season Pass. This allows fans access to the game as well as new characters, stages, cosmetic items, and an entirely new game mode. All of these will be made available over the course of three content updates. Furthermore, fans also gain over 30 metallic costumes that let them stand out online.

Earlier it was rumoured that Sony would bring Tekken 7 along with the PS4 Pro - which was one of the bundles available in Europe. This hasn’t come to pass. Reason being, the PS4 Pro is in short supply and Sony itself hasn’t been able to keep up with demand.

After Musk Remark, Zuckerberg Shares One Reason Why He's So Optimistic About AI