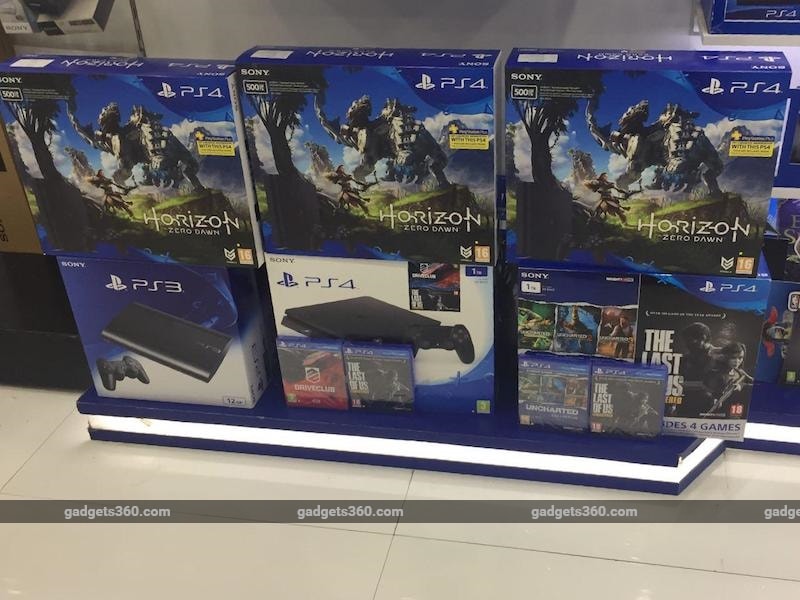 After bringing the PS4 Slim, PS VR, and PS4 Pro to India, Sony has released a new PS4 Slim bundle for the country with Horizon Zero Dawn.

The PS4 Slim Horizon Zero Dawn bundle price is Rs. 27,990. This nets you a 500GB PS4 Slim, three months of PS Plus — Sony’s online service that allows you to play multiplayer and grants you access to an assortment of games each month, and Horizon Zero Dawn on disc of course.

This bundle was made available at Sony Centres - Sony’s own exclusive outlets - specialist retailer Games The Shop, and online retailers like Amazon over the weekend.

Given that Horizon Zero Dawn costs Rs. 3,999 at retail, getting it as a pack-in title with the PS4 Slim is great value as compared to buying a PS4 Slim and the game separately. If you’re looking to get a PS4, this is a solid bundle to consider. You may want to act soon though. According to multiple sources at retail, this specific bundle will be short supply. So much so that many are opting not to list it online due to the scarce quantities made available.

Don’t expect it to be Sony’s last first-party bundle either. With Uncharted: The Lost Legacy, Gran Turismo Sport and God of War expected this year, we could see more to come from the company.

We found Horizon Zero Dawn to be a welcome addition to a generation of games that’s seen developers push open-world tropes into many a title, some with barely any reason. The end result is a game that easily surpasses Guerrilla Games’ other works - yes, even Killzone 2.