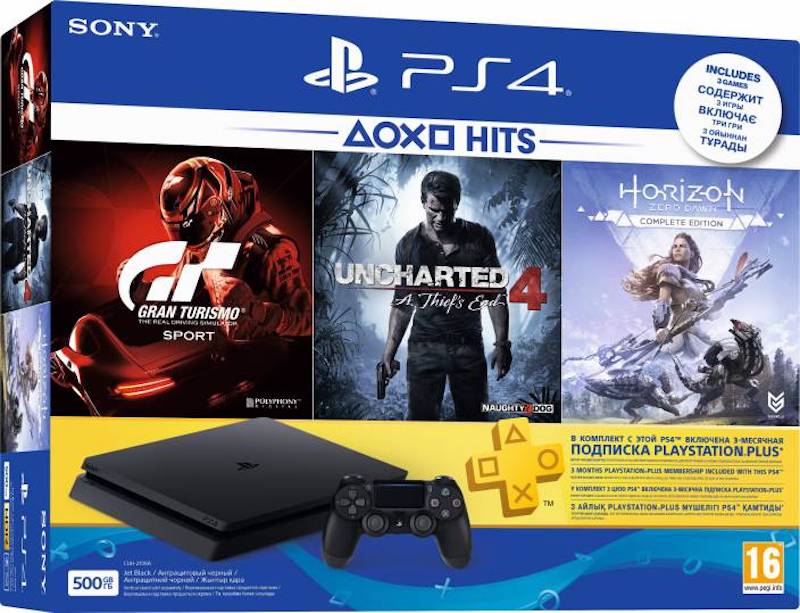 Despite the PS4 Slim price hike in India due to an increase in customs duty, Sony has launched a new PS4 Slim bundle that includes Horizon Zero Dawn Complete Edition. Other additions include GT Sport and Uncharted 4 as well as a three month PlayStation Plus subscription along with a 500GB PS4 Slim. This new PS4 Slim bundle price is Rs. 30,990. It's now available at select retailers both online and offline such as Amazon and Games The Shop. Considering Horizon Zero Dawn Complete Edition (which features the base game and all its downloadable content on disc) has not released in India yet, this bundle makes it the only way to get the game.

If you haven't bought a PS4 Slim yet and are looking to get one what with the likes of God of War and Spider-Man on the way, this is perhaps the best one yet from Sony. Reason being, it has three of the PS4's best games thus far. Though we'd prefer Uncharted: The Lost Legacy over Uncharted 4, but that's a debate for another post.

With new PS4 Slim bundles it seems that Sony is looking to extend its lead the market. The PS4 has already sold close to 250,000 units in India and options like this will simply further the company's cause.