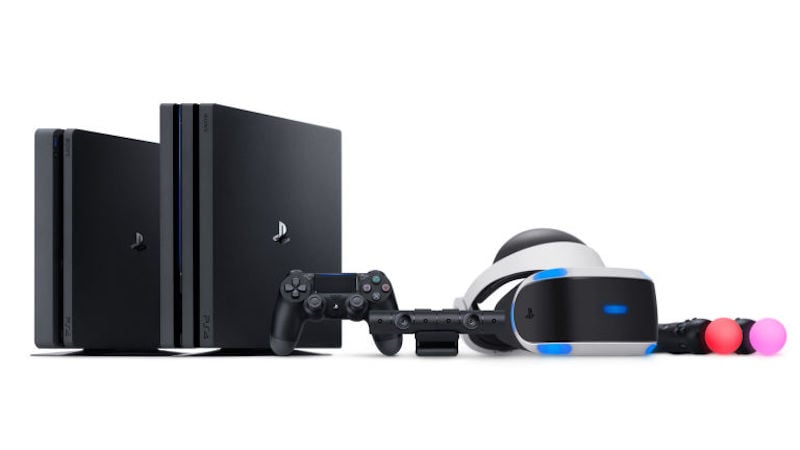 After many a delay, Sony has finally confirmed when you will be able to buy the PS4 Pro, PS VR, and PS4 Slim in India. The PS4 Pro is a souped up, powerful version of the PS4 with support for 4K, enhanced VR compatibility and allows for better frame rate across a host of games. It will be available for Rs. 38,990 from the middle of February.

We found the PS4 Pro to be an interesting upgrade to the PS4 family and some of its features, particularly those related to playing games at a better frame rate to be welcome additions as they resulted in a more fluid gaming experience.

As for PS VR, Sony’s first attempt at virtual reality will retail for Rs. 41,990 from the first week of March. At launch PS VR for India includes the headset, a demo disc, and the PS4 camera. A bundle without the camera will be out later in the year for Rs. 37,990. We checked it out at IGX 2016, and while the performance in some games were promising, the experience wasn’t quite there yet. Perhaps it would be different when coupled with the PS4 Pro? It should be interesting to see.

And this isn’t all. Sony is also bringing the PS4 Slim as well. It will be available for the same price as the PS4, Rs. 27,990 for 500GB and Rs. 32,990 for 1TB with games from the middle of February, the same time as the PS4 Pro. As we’ve stated earlier, it comes a newer variant of the Dual Shock 4 controller (as does the PS4 Pro), and does away with the optical out, so if you’re an audiophile looking for a PS4, your options are limited to the original PS4 or the PS4 Pro.

The reason for the lack of a concrete release date is due to logistics issues across multiple stores nationwide, hence the company prefers announcing a blanket release period within which the PS4 Pro, PS4 Slim, and PS VR would be available. As for their delay into India, it has to do with BIS certification. According to several retailers, Sony has struggled with this in the past. No surprise given how the PS4 showed up in January 2014 — three months after its international release.

Nonetheless, it’s heartening to see Sony bring all its hardware variants into India. This follows its surprisingly aggressive PS4 bundles that featured Call of Duty: Infinite Warfare and Watch Dogs 2 and a much needed price drop on the original PS4.

Which PS4 are you getting? Let us know in the comments.