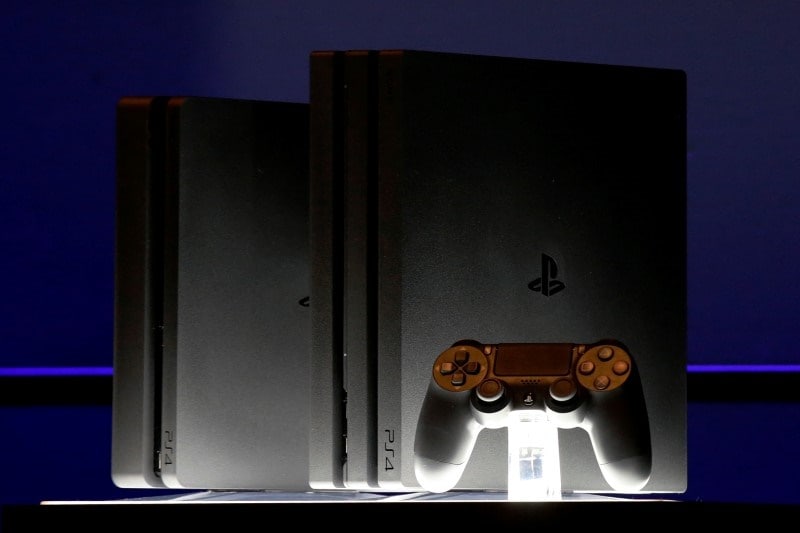 Sony Corp. released two new versions of its PlayStation 4 gaming consoles Wednesday: the PS4 Pro, a powerful device designed to run virtual reality games and display high-quality video, and a slimmer, more efficient version of the PS4, an incremental improvement on the original, which was first released in November 2013.

For most consumer electronics devices, it's not unusual to release updated versions after a three-year rest. But gaming consoles operate on their own rhythm. Seven years passed between the release of the PlayStation 3 and the PS4, Sony's last new console. The devices unveiled Wednesday don't technically count as a new generation -- the gaming press has regularly referred to the PS4 Pro as a kind of PS four-and-a-half. But they do mark a notable shift toward a strategy of more frequent updates in the hopes that people will pony up for a new console more than once or twice a decade.

Microsoft Corp., Sony's main rival in the gaming business, is taking a similar approach. It's already selling a powered-up, slimmed-down version of the Xbox One, called the Xbox One S. At the E3 gaming conference in June, Microsoft announced plans for a bigger update, which it is currently calling Project Scorpio. Details remain vague - Xbox seemed to rush the announcement to undercut similar news from Sony. But Microsoft says it will go on sale in late 2017, and will be more powerful than any other console on the market when it does.

There are a few factors pushing this shift to more frequent updates. Game consoles are an oddity among gadgets. Not many other products can be marketed as must-have devices even after they're a half-dozen years out of date. Meanwhile, a range of other options for playing video games - from high-powered personal computers to inexpensive smartphones - are updated much more frequently. Older consoles risk seeming underpowered by comparison.

In the past, after a console was out for several years, supply chain efficiency and the rapid progress of computer chip technology - known as Moore's Law - allowed Sony and Microsoft to chop the price of devices over time. But Sony and Microsoft can't rely on progress continuing at that pace, according to Damian Thong and Ansel Laudo of Macquarie. In particular, big advances in chip technology are increasingly expensive.

"The 'end of Moore's law' changes the business model to one where Sony must 'un-train' consumers from expecting large console price declines, and encourage consumers to accept paying up for more performance," the analysts wrote in a research note published last month.

(Also see:  Here's Every PS4 Game That Will Run Better on the PS4 Pro)

About a half-dozen of Sony's own games have been updated to take advantage of the more powerful machines, with higher frame-rates and other visual enhancements. House says the company is also urging game developers to incorporate advanced features to their titles for the PS4 Pro. Activision Blizzard Inc. and Entertainment Arts Inc. gave demos of upgraded versions of their games from the stage at a presentation in New York. It will also have a dedicated Netflix and YouTube apps that will support 4K video.

One specific technological need has also driven the urgency to create higher-powered devices: virtual reality. In October, Sony will begin selling its VR headset. The games require more processing power than those that use standard television displays.

"Sony is trying to dominate VR, and if they can sell a lot of headsets without the consumer having to buy additional hardware they will probably succeed," said Michael Pachter, an analyst with Wedbush Securities.

Xbox's strategy for virtual reality remains cloudy, as do its exact plans for its PS4 Pro rival. This could give Sony a significant head start.

But the new devices also create a novel challenge for Sony. Buying a console has always been simple compared with the daunting task of getting into PC gaming. Basically, gamers had to make one choice: PlayStation or Xbox. That changes when there are three tiers of PS4 devices, says Joost Van Dreunen, chief executive officer of SuperData Research.

Sony also has to signal that purchasing a PS4 Pro is essentially an upgrade and reassure customers who bought the original version that they're not being left behind. "How do you innovate without alienating your existing customer base?" he says. "That's a tough one."

Ultimately, the main threat to both the PlayStation and Xbox businesses is that customers will cease to see the need to have a separate device dedicated solely to gaming. In the competition between the two, Sony is beating its main rival pretty soundly. It has sold 43.4 million PS4 consoles worldwide, compared with 22.3 million for Xbox One, according to industry website VGChartz. Sony expects to sell about 20 million PS4s in the 12 months ending next March. Analysts expect that about one quarter of those will be PS4 Pro.

Samsung Galaxy Note 7 Use Banned on All Flights in India