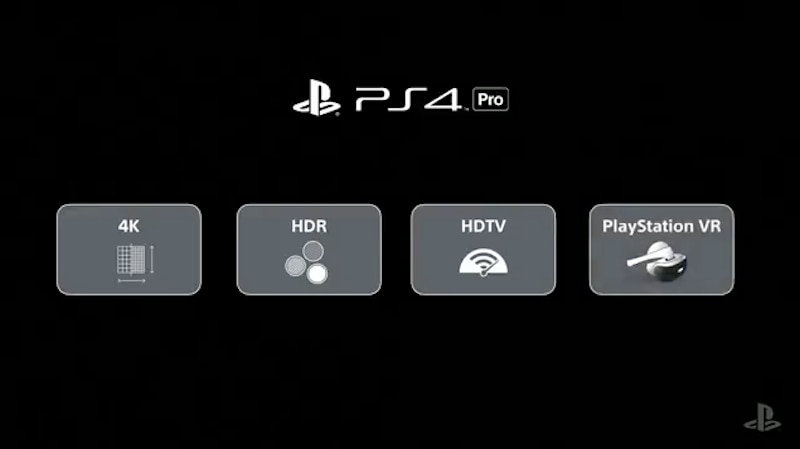 At the PlayStation Meeting, Sony has announced the PS4 Pro. Earlier codenamed as the PS4 Neo, it will have double the GPU power and will be used AMD’s Polaris architecture. PS4 architect Mark Cerny claims it also adopts several features beyond it.

The clock rate has been boosted as well and Sony promises interoperability of content between the original PS4 and the PS4 Pro. Furthermore, the console will ship with a 1TB hard drive.

Cerny showed off a host of titles such as Spider-Man, For Honor, Horizon Zero Dawn, Rise of the Tomb Raider, Watch Dogs 2, Call of Duty: Infinite Warfare, Call of Duty: Black Ops 3, and Deus Ex: Mankind Divided talking up the console's prowess in terms of high resolution, compatibility, VR, and performance.

“The difference is the high resolution the PS4 Pro can support, it is simply transformative,” says Cerny.

Sony’s Andrew House believes that the PS4 Pro will be the number one provider of high resolution and HDR content all while ensuring continuity of support for existing PS4 hardware.

(Also see:PS4 Neo Does Not Mean Regular Upgrades Like PC or Mobile: Sony)

The PS4 Pro will be available from November 10 this year and will cost $399 (around Rs. 26,500). Sony has stated that games from the PS4 will work on the PS4 Pro. Dubbing this as forward compatibility, several games - both developed by Sony and third party studios will support the PS4 Pro when it launches.