PS4 May Madness Sale Discounts GTA 5, The Witcher 3, and More 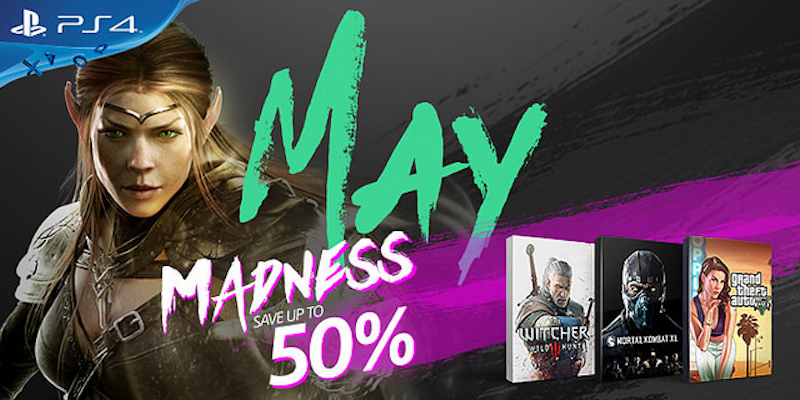 With the dates of this year's Steam Summer Sale leaked, it appears that Sony has decided to pre-empt Valve's week of discounts with two weeks of what it calls May Madness.

Over the course of almost two weeks you can get a host of PS4 games at deeply discounted rates.

All these deals are valid till June 1. While some of these deals might sound great, you can do a whole lot better buying used or waiting for a sale on sites like Amazon or Flipkart.

And if you don't have a PS4 yet or simply don't plan to upgrade, Sony has you covered with deals for the PS3 and PS Vita, promising up to 60 percent off with deals updated fortnightly.

(Also see: How to Buy US Digital PSN Games in India)

Keep in mind that although some of these deals are ridiculously cheap, you will still need to download the games when you need to play them. With the average PS4 game clocking in at around 50GB, you better make sure you have the necessary bandwidth before purchasing.

What are you buying from this PSN sale? Let us know in the comments.