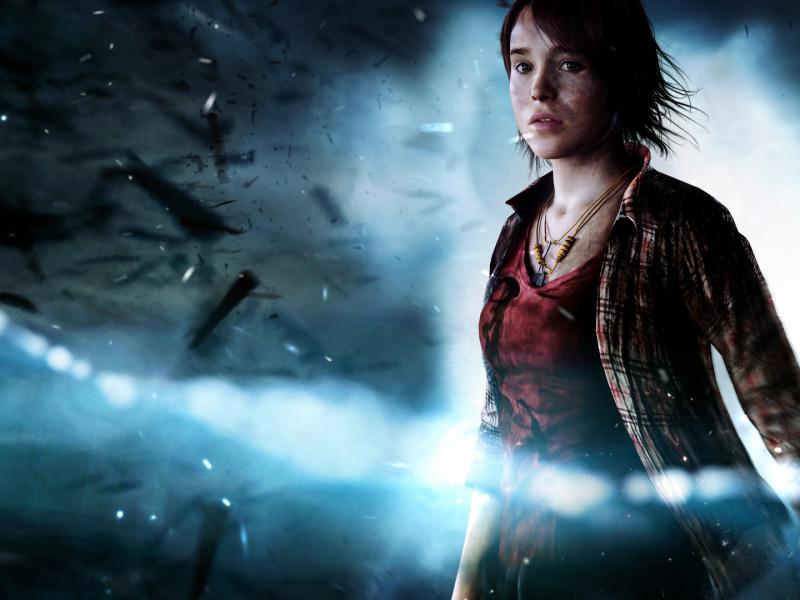 God of War 3, the Uncharted trilogy, and The Last of Us aren't the only games from Sony that have received spruced up re-releases on the PlayStation 4 (PS4). At Tokyo Game Show the Japanese publisher let it slip that cult classic PS Vita game Gravity Rush was being remastered as well. Now, the latest in the list is Beyond Two Souls from French studio Quantic Dream which will be available digitally from November 26.

Guillaume de Fondaumière, Quantic Dream's COO, took to the PlayStation Europe blog to break the news. It will sport a host of visual improvements that we've come to expect from games spruced up for new consoles such as improved graphics, as well as motion blur and depth of field effects.

The game will also make use of the DualShock 4 controller's speaker to enhance immersion in certain sections of the game. It will also include improved controls, increased difficulty, and its Enhanced Experiments DLC. You can also play the game in chronological order from the beginning, a much demanded feature of the PS3 version of the game.

What's more is if you purchase Beyond Two Souls digitally, you will get a discount on Quantic Dream's other critically acclaimed game, Heavy Rain when it's available on PSN.

"Those who purchase Beyond: Two Souls digitally will be entitled to download Heavy Rain on PlayStation 4 when it releases at a discount - ensuring that you don't pay more for the two games separately than you would for the Collection," Fondaumière posted.

The "Collection" he refers to is the physical retail edition of both games that was announced earlier in the year. Dubbed The Heavy Rain and Beyond: Two Souls Collection, it will be available on March 4, 2016 in UK and India and March 2 in the US.