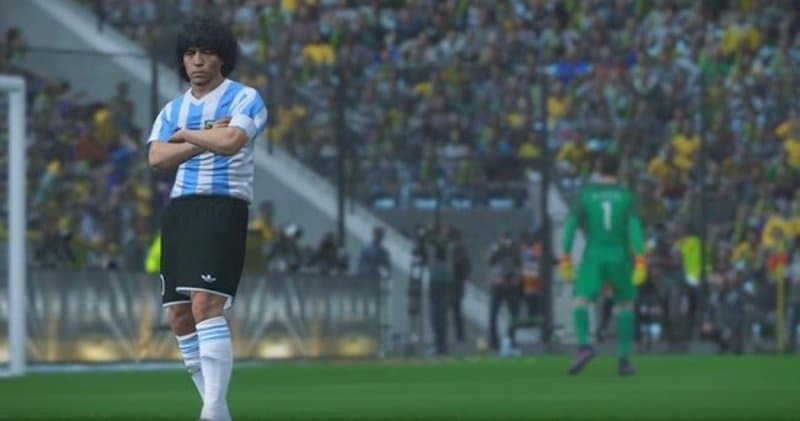 Pro Evolution Soccer 2017 (PES 2017) may have won accolades for its near real likenesses of players in addition to its fantastic gameplay, but former Argentina, Barcelona, and Napoli midfielder Diego Maradona has taken offence to this.

Diego Maradona claims his likeness has been used without permission and will be suing the developer Konami for the same.

“I heard yesterday that the Japanese company Konami uses my image for its game PES 2017. Unfortunately, my lawyer Matias Morla will initiate the corresponding legal actions. I hope this is not another scam,” a post on Maradona’s Facebook page reads.

Maradona appears in PES 2017’s myClub mode — which is Konami’s attempt at taking on EA’s highly popular FIFA Ultimate Team feature. He appears as one of its legendary players with a rating of 98, the highest in the game.

It’s amusing that Maradona’s outburst labels PES 2017 as a ‘scam’ when you consider that the franchise has been around since 2001 as a spin-off to the International Superstar Soccer Series which began in 1995.

For what its worth, we found Pro Evolution Soccer 2017 to be a solid entry in the long-running franchise, more so than FIFA 17.