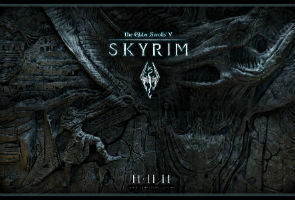 Highlights
It's a good time to be a gamer, as studios continue to release thrilling adventures with clever stories, tight gameplay and spectacular production values. So many fine games have been released in 2011 - particularly in the last few months - that you'd need to use up a lot of sick days to catch up to them all.

But there's a downside to the quality glut: The big video-game companies are taking fewer chances. The business has become less about innovation, more about iteration, that is, improving upon previous successes. I enjoyed many of these sequels, which make up 90 percent of my top 10, but if publishers aren't careful they'll run out of fresh intellectual properties to sequelize.

Fortunately, smaller studios are picking up the slack, delivering fresh ideas to the PC market, the PlayStation Network, Xbox Live Arcade and Apple's App Store. And the creators of some of this year's blockbusters, including "Uncharted 3" and "Gears of War 3," have announced entirely original franchises for the new year and beyond. As much fun as I had in 2011, I'm hoping to see more fresh faces in my 2012 top 10.

1. "Portal 2" (Valve, for the Xbox 360, PlayStation 3, PC): It's based on a simple game mechanic: blasting holes and jumping through them. Its three main characters are mostly disembodied voices. It's essentially a series of abstract puzzles, and yet, "Portal 2" delivers one of the year's most satisfying - and malevolently funny - stories.

2. "The Elder Scrolls V: Skyrim" (Bethesda Softworks, for the Xbox 360, PlayStation 3, PC): This sprawling role-playing epic is all about choice. Wizard or warrior? Hero or jerk? Vampire or werewolf? The possibilities seem endless, and after more than 100 hours I'm still discovering dazzling new areas to explore.

3. "Deus Ex: Human Revolution" (Square Enix, for the Xbox 360, PlayStation 3, PC): The Eidos Montreal studio revives a beloved, long-dormant series with this cyberpunkish tale of corporate intrigue. Fans of classic stealth games such as "Thief" and "Splinter Cell" will adore it.

4. "Bastion" (Supergiant Games, for the Xbox 360): The setup is nothing new: A boy hacks and slashes his way through a post-apocalyptic landscape. But droll narration and a mournful soundtrack hint at something deeper, and "Bastion" builds to an emotionally haunting climax.

5. "Batman: Arkham City" (Warner, for the Xbox 360, PlayStation 3, PC): The Dark Knight returns, along with just about every criminal mastermind in the DC Comics universe. Soaring among the skyscrapers of Gotham is awe-inspiring - plus, you get to punch a shark in the face.

6. "InFamous 2" (Sony, for the PlayStation 3): Once-reluctant superhero (or is it supervillain?) Cole McGrath has developed quite the skill set: He can skitter up tall buildings and shock enemies from a distance. Sucker Punch's loose-limbed open-world sequel is electrifying.

7. "The Legend of Zelda: Skyward Sword" (Nintendo, for the Wii): Twenty-five years in, the "Zelda" team is still creating the most diabolically clever puzzles in video gaming.

8. "Uncharted 3: Drake's Deception" (Sony, for the PlayStation 3): Nathan Drake, the Indiana Jones of the PlayStation, climbs, brawls and shoots his way through another breathless, globetrotting adventure.