Pokemon Unite is being developed by The Pokemon Company and Tencent Games’ TiMi Studios. 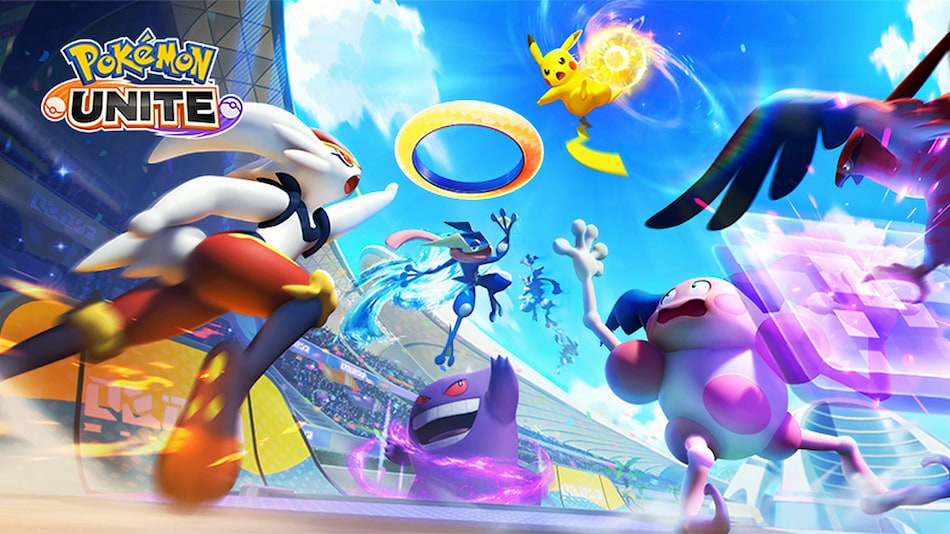 Pokemon Unite is a new MOBA (multiplayer online battle arena) game coming to Nintendo Switch, Android, and iOS. It will be the first game in this genre set in the Pokemon universe. Pokemon Unite was first announced in June last year and has now finally received a release timeline. The game will arrive on Nintendo Switch next month and on Android, iOS in September. A short trailer was also shared on the game's official YouTube channel, showing glimpses of the gameplay.

Pokemon Unite will bring 5-on-5 team battles in an arena, a setup that MOBA players will be familiar with. A typical match will involve catching wild Pokemon, levelling up and evolving your Pokemon, and defeating your opponent who is trying to do the same. You will also have to earn more points than the opposing team within the allotted time to secure a win. The trailer shows lane and jungle gameplay, along with showcasing some unique Pokemon abilities.

As of now, it has a roster of 19 Pokemon and developers will most likely add more in the future. There will be over 15 types of Held items that will improve a Pokemon's stats. There are also various battle items that players or trainers can use to support their Pokemon. Defeating wild Pokemon will give Aeos energy that has to be collected and deposited into the opponents' goal zones. The team with the most deposited points at the end wins.

The game is being developed by The Pokemon Company and Tencent Games' TiMi Studios. It will release on Nintendo Switch next month, though there is no exact release date. Android and iOS users will be able to experience it starting September. Pokemon Unite will support cross-platform play between Switch and mobile devices. It will add support for French, German, Italian, and Spanish languages later this year.

Additionally, a report by The Verge states Pokemon Unite will also support cross-progression that means players can use their Pokemon Trainer Club account or Nintendo Account on multiple devices and retain the progress they have made on any device.