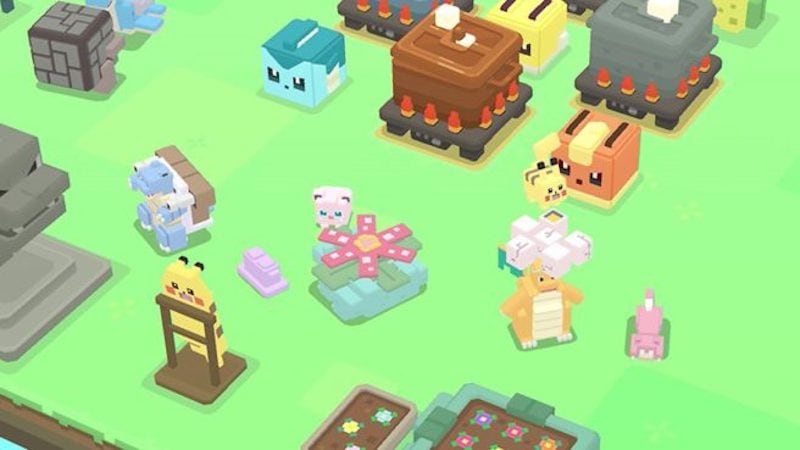 In May, Nintendo announced Pokemon Quest, a free-to-start action game for the Nintendo Switch, Android, and iOS. It was made available for Nintendo Switch users immediately, and finally it has now arrived to Android and iOS as well. The game was up for pre-registrations since a few days, and now it's live on both platforms. Pokemon Quest is essentially a free-to-start action game with micro-transactions. The game is based on an island called Tumblecube which Nintendo claims is "filled with hidden treasure and items".

You can now download the Pokemon Quest game from Google Play, App Store, and Nintendo eShop as well.

In order to play Pokemon Quest on Android you will need Android OS 4.4 or higher and at least 2GB RAM. Similarly, your iOS device should support iOS 9 or higher though Nintendo cautions the "may not function properly on iPhone 5 and other devices that are not compatible with iOS 11". Pokemon Quest download size is 353.7MB on iOS, and 57MB on Android.

Pokemon Quest has different graphics compared to Pokemon Go, and the Pokemon have more of a cube-like appearance. The game seems to be targeting the younger audience, and you can customise and build base camps to attract new Pokemon to add to your team. Trainers can take three Pokemon into battle but with a twist. Instead of the usual turn-based combat, Pokemon Quest limits your control of your Pokemon to tapping attack metres once full. Otherwise, the Pokemon go at it on their own. In our Pokemon Quest review for the Nintendo Switch we stated that Pokemon Quest is a welcome distraction. It's not a fully-fledged, feature-complete entry in the series, but it does enough to warrant your attention, even if for a little while.