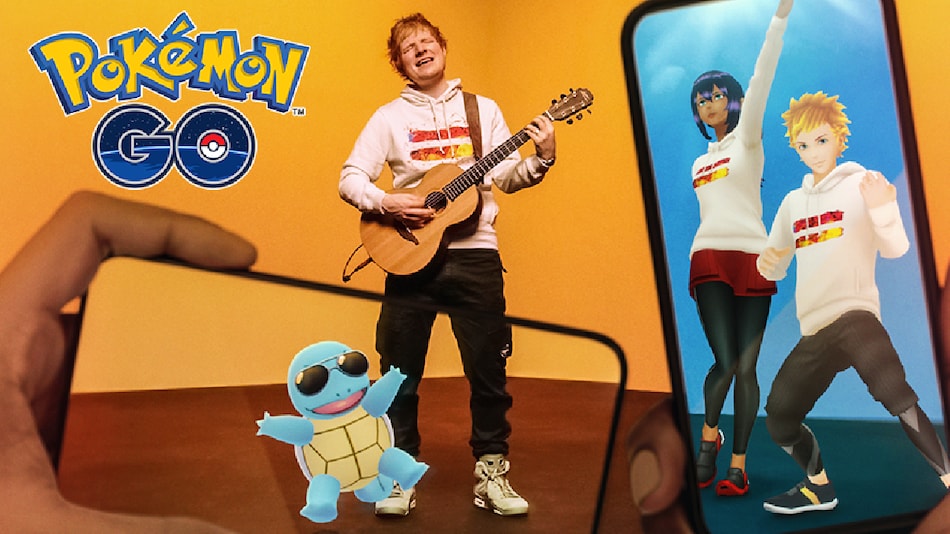 Pokemon Tododile, Mudkip, Piplup, and Oshawott will appear more frequently during the event

Pokemon Go has announced that it is collaborating with English singer and songwriter Ed Sheeran. A special in-game performance by Ed Sheeran will be available on the Pokemon Go app starting November 22 as part of the celebration of the release of his new album called “=” (Equals). The show will feature songs from the new album as well as some of his popular numbers. Also during the event, Pokemon Totodile, Mudkip, Piplup, and Oshawott will appear in the wild. Trainers can also find Squirtle wearing sunglasses as well as Froakie.

Niantic and The Pokemon Company group announced the new concert with Ed Sheeran via a blog post. As mentioned, the show is as part of the release of his latest album Equals. This is the first time the popular location-based game is teaming up with a celebrity singer. Pokemon Go players can listen to Ed Sheeran's latest tracks and hits including Perfect, Bad Habits, Overpass Graffiti, Thinking Out Loud, First Time, and Shivers from the in-game news section during the event.

The pre-recorded performance will be available through Pokemon Go for eight days starting November 23 through December 1. Also, players will be notified about how to view the video via the in-game news. In some countries, players can also click the advertisement on sponsored balloons within Pokemon Go.

During the show, players can find in-game Squirtle wearing sunglasses. They can also redeem a special code to receive an exclusive in-game avatar item in Pokemon Go featuring Ed Sheeran's latest album art, which he wears during his special performance. The code can be redeemed with the Pokemon Go mobile game available on Google Play and Apple's App Store from November 22. As mentioned, alongside the show Pokemon Totodile, Mudkip, Piplup, and Oshawott will appear frequently in the wild. All the Pokemon will be available in shiny variants.