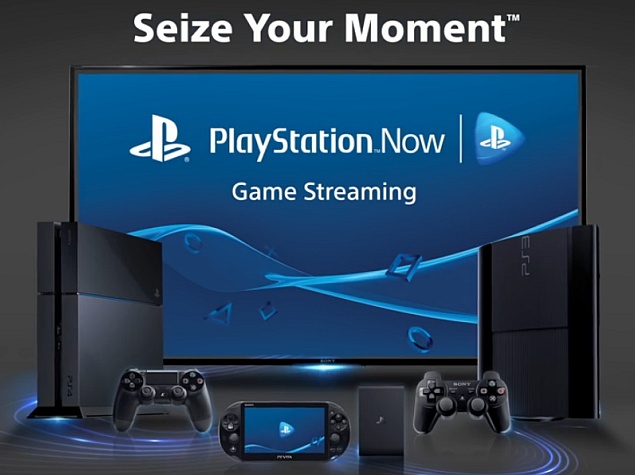 Ahead of Gamescom this week, Sony has announced that its PlayStation Now game streaming service will be accessible on PlayStation Vita (Review) handheld console and PlayStation TV (Review) from Tuesday.

Making the announcement on the PlayStation Blog, Sony said that it has added five new titles to the PlayStation Now game streaming roster, taking the number past 125. The new games that will hit the service this month are God of War III, Dynasty Warriors 8, MX vs. ATV Supercross, Bomberman Ultra, and The Last Guy.

The PlayStation Now service was launchedin open beta for PlayStation 4 consoles back in January, Sony Blu-ray players in April, the PlayStation 3 in May, and finally both Sony and Samsung Smart TVs in June. The service entered private beta for PS4 users in June last year.

In July, the company had given the PlayStation Now service a major UI redesign. The new UI is said to be more streamlined than the previous one, with the interface now divided into three parts: the landing page with the main grid view, game details page, and the launch screen.

On its blog post, the company is also pointing to the 7-day free trial for the service for new users. Gamers in the US can pay $19.99 (around Rs. 1,300) for a month's worth of access to Sony's PlayStation 3 (PS3) back catalogue. And if you want to sign up for more, $44.99 (around Rs. 2,850) nets you three months of access to the PS3 library. The PS Now service is currently only available in open beta for users in US, Canada, and the UK. For now, a rollout in India isn't on the cards in the immediate future due to Internet connectivity not being the greatest (Sony recommends 5Mbps or higher speeds).
Comments