PlayStation Event at Paris Games Week: Everything You Need to Know 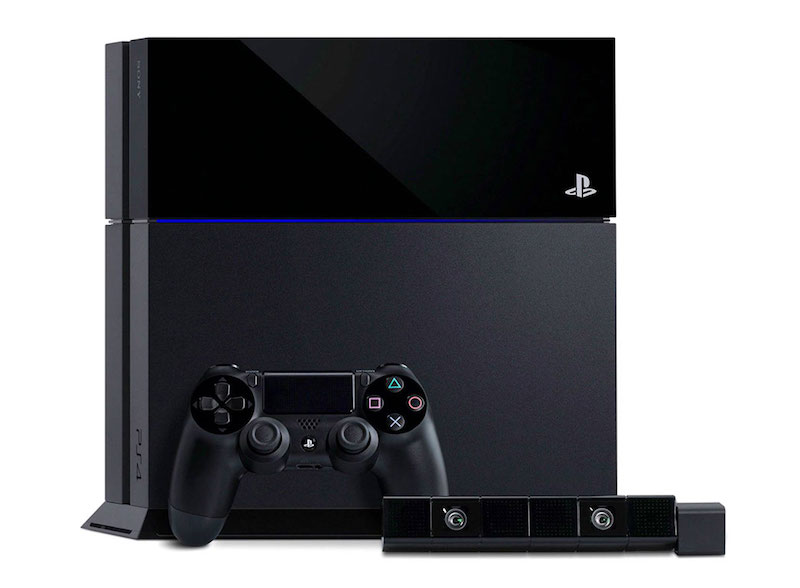 Sony's PlayStation conference kicked off Paris Games Week in epic style. With a host of slick trailers for upcoming games such as Call of Duty: Black Ops 3 and Star Wars Battlefront, it set the tone for host of intriguing announcements. From a surprising roster of indie games to what seems like the company doubling down on virtual reality, here are the highlights of the PlayStation event at Paris Games Week.

Uncharted 4 looks bombastic and has a release date
Christophe Balestra, Co-President at Uncharted developer Naughty Dog, took to the stage to announce Uncharted 4's release date. The next instalment in the series starring unofficial PlayStation mascot Nathan Drake will hit the shelves on March 18, 2016. Just before this, he showed off a spectacular multiplayer demo that brought together familiar characters, run and cover gameplay, and supernatural power-ups. The multiplayer beta for the game will run from December 4 to December 13 of this year.

Street Fighter V showed off its Indian character and is out next year
With Street Fighter V being a console exclusive to the PlayStation 4 it was obvious that Capcom's long-running series would have some stage time at Sony's conference. Producer Yoshinori Ono revealed Dhalsim, the series' Indian character for Street Fighter V in a new avatar that included a turban and a beard. He also announced that the game will have six characters that you can unlock after the first year of the game via in-game currency. The game finally has a release date, February 16, 2016. With XCOM 2, Mirror's Edge, and Deus Ex: Mankind Divided all out in the same month, February looks to be a packed month for gamers.

Gran Turismo for the PS4 is real
Developer Polyphony Digital is notorious for its long development time between its Gran Turismo games. While the Xbox 360 saw Forza 2, 3, 4, and Forza Horizon, the PS3 just had Gran Turismo 5 and 6. The story seems to repeat itself this generation with Forza 5, Forza Horizon 2, and Forza 6 out on the Xbox One before the first Gran Turismo game for the PS4 was even announced at Paris Games Week. Gran Turismo Sport as it's called will have the same painstaking attention to detail the series is known for and have two FIA cups through the year. Winners of these cups will be felicitated at the same time the winners of the real FIA events are. For Sony, Gran Turismo Sport is way to build the next 100 years of motorsports with the FIA. There's a beta in 2016 and it will support PlayStation VR.

Even more first party exclusives
Aside from Gran Turismo and Uncharted, Sony's other studios also picked up the slack. Gameplay footage from Horizon: Zero Dawn and Gravity Rush 2 showcased a sense of depth in their respective combat systems while Quantic Dream, the studio behind Heavy Rain and Beyond Two Souls announced Detroit: Become Human - a gorgeous looking sci-fi adventure featuring androids of the non-mobile OS variety. LittleBigPlanet and Tearaway creator MediaMolecule showed off more of Dreams, its surreal platformer slash creation tool that was revealed at E3 2015 with a beta in 2016. Much awaited action-platformer, Ratchet and Clank had a trailer touting a 2016 release. Furthermore, last year's stellar PS4 exclusive racer Driveclub sees downloadable content (DLC) that lets you ride bikes release Tuesday for Rs. 1,248.

Wild from the creator of Rayman lets you ride a bear and cure snake bites
First revealed at Gamescom 2014, Wild from Rayman and Beyond Good and Evil creator Michel Ancel had an extended gameplay reveal. The game takes place in a primitive world replete with wildlife and ferocious warriors. It has you in the role of a shaman of a tribe and the demo revealed you can call on eagles, control rabbits, ride bears, and summon a gigantic snake deity, all in an attempt to remove snake venom from a fellow tribe member. Ancel stated that nothing in Wild is pre-written, which implies that there's a lot of choice and variables to make each playthrough unique. Sporting a fantastic mystical vibe and the promise of open-ended gameplay, this was the highlight of the show.

Sony's infinite indies and No Man Sky's release month
Much like E3 2015 and the PlayStation Experience before it, support for the PlayStation 4 from independent developers and small studios was rampant. It started off with the quirky Boundless, an open-world exploration game akin to Minecraft. There was Matterfall from longtime PlayStation collaborator Housemarque which looked like cult classic third person action game Vanquish albeit with a voxel art-style similar to Resogun, Housemarque's previous game. Then there was Vector, a music rhythm game featuring the tunes of popular DJ and producer Avicci. It was rounded off by more footage from press darling No Man's Sky, which finally had a release month of June 2016.

(Also see: Ten Games We are Looking Forward to the Most in 2015)

More PlayStation VR support
Sony also confirmed that horror game Until Dawn won't be a one hit wonder. A brand new game in the Until Dawn universe was announced exclusively for PlayStation VR called Until Dawn: Rush of Blood. PlayStation VR support was announced for Tekken 7 and Gran Turismo Sport as well. This isn't all, Crytek took to the stage to present Robinson: The Journey which looked like the sci-fi equivalent of Jurassic Park, while Rigs Mechanized League, Sony's colourful virtual reality-fuelled take on eSports had some interesting new footage. Shuhei Yoshida, President of Sony's Worldwide Studios claimed that over 200 developers are working on PlayStation VR. With a 2016 release window, how many of those games make it to the launch line-up remains to be seen.

All in all, it was a surprisingly solid showing from Sony. There was a heady mix of games to look forward to in the immediate and not so distant future with a promise of more to come. With its PlayStation Experience US event in December we wonder what's left for the company to reveal. Thankfully we won't have to wait too long to find out.