PS4 priced $100 cheaper than Xbox One 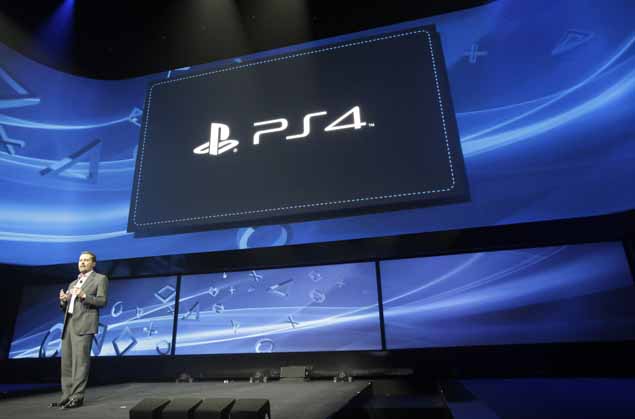 Sony on Monday gave video-game fanatics their first look at the PlayStation 4 - and it's a rectangular black box, just like all the previous PlayStations.

That may disappoint gamers who were hoping the PS4 would be a floating white sphere. But, more important, the PS4 will cost $399 - $100 less than Microsoft's upcoming Xbox One.

That wasn't the only shot fired at Microsoft during Sony's presentation at the Electronic Entertainment Expo, the gambling industry's annual U.S. trade show. The loudest applause at the company's event show came when Jack Tretton, president and CEO of Sony Computer Entertainment America, announced that the company would not try to restrict used game sales. Tretton also said the PS4 would not require a persistent online connection.

"PlayStation 4 disc-based games don't need to be connected online to play or any type of authentication," said Tretton. "If you enjoy playing single-player games offline, PS4 won't require to you check in online period and it won't stop working if you haven't authenticated in 24 hours."

Microsoft has been criticized for its vague statements about whether it will allow buyers of its Xbox One to play secondhand software, as well as its requirement that the new console be connected to the Internet at least once every 24 hours.

Beyond those issues, Sony gave potential PS4 buyers plenty of games to look forward to. The company's Santa Monica Studios, the developer of the "God of War" franchise, introduced the steampunk thriller "The Order: 1866." Quantic Dream, the French studio behind "Heavy Rain" and the upcoming "Beyond: Two Souls," provided a comical glimpse at the fantasy "The Dark Sorceror."