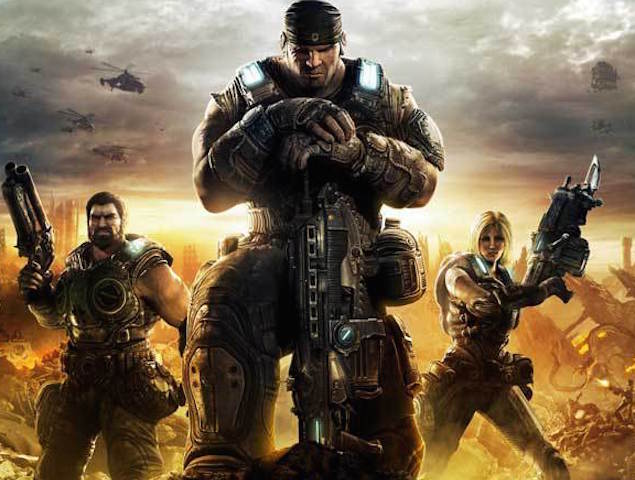 PC game publishers, hardware manufacturers, and indie developers banded together to create E3's first ever PC gaming showcase. Dubbed the PC Gaming Show, it was the longest conference this year. Most of the news, such as efforts on Hitman, Deus Ex: Mankind Divided, or indie efforts like No Man's Sky, Tacoma, and Ion were already present at earlier E3 events, making most of what was on display already known. Even then, there were some announcements for the PC-only gamer. Here's what you need to know.

1.Gears of War Ultimate Edition is coming to Windows 10
The last Gears of War game on PC was the first Gears of War game all the way back in 2007. Eight years later, it's making a return as Gears of War Ultimate Edition. Rod Fergusson, studio head at The Coalition, Microsoft's studio for all things Gears of War said that this remaster is built "from the ground up." Features like enhanced visuals, 4K resolution support, DirectX 12, and no framerate locking are just some of the additions to the game when it hits the PC. There's no video of it in action just yet but here's how it is on the Xbox One as a point of reference.

"We're going to bring Killer Instinct to the PC," he said at the PC Gaming Show. And went on to explain that cross-platform play between PC and Xbox One will be possible. Later, the Killer Instinct account on Twitter clarified it will be for Windows 10. Further details are scant but this is a promising move for those looking to get their fighting fix on the PC. Like Gears of War, there's no PC footage just yet, to give you an idea of what to expect, here's the Xbox One trailer.

3.No Man's Sky is coming to PC the same day as the PS4
Last year's indie darling was shown off at Sony's E3 2015 event earlier. It's presence as the PC Gaming Show however, was a bit of a surprise given that Sony has positioned the game as a PS4 exclusive. Nonetheless, it was announced that the game will be out on the PC the same day as the PS4 version, making you wonder what exactly went down between creator Hello Games and Sony. Either way, it's another game PC fans can look forward to.

5.The first Heroes of the Storm expansion was announced
For a game that just released a few weeks prior, Blizzard announced that its newest entry in the multiplayer online battle area (MOBA) genre is getting an expansion. Called Eternal Conflict, it's all about the Diablo series spilling over to its shared universe. The company also showed off two new playable heroes, the Monk and King Leoric from Diablo 3. It's expected on June 30.

6.The Kickstarter quota made its presence felt
Crowd-funding platform Kickstarter made its presence felt at the event with Strafe, an homage to first-person shooters of the 90s like Quake and Doom. The game was shown off complete with blocky graphics and twitchy controls. Furthermore, Obisidian, the studio behind Fallout: New Vegas and South Park: The Stick of Truth, unveiled the first expansion to its Kickstarter funded game, Pillars of Eternity. Titled The White March, a trailer revealed new locales, higher level caps, and new companions. Oddly though, it won't be funded by Kickstarter. The company has partnered publisher Paradox Interactive for this.

7.DayZ will receive a single-player mode
Popular open-world zombie survival mod turned game, DayZ is getting an offline, single-player mode. This was revealed by developer Bohemia Interactive. In addition to being able to play offline, it will allow modders to test their content in-game without having to be online. No release date has been given though.

8.The next game from the maker of Elite: Dangerous is a theme park simulator
David Braben, founder and CEO of studio Frontier Developments, responsible for space sim Elite: Dangerous took to the stage to announce Planet Coaster, which seems like a spiritual successor to the RollerCoaster Tycoon series. He unveiled the first trailer of the game and stated it's out in 2016.