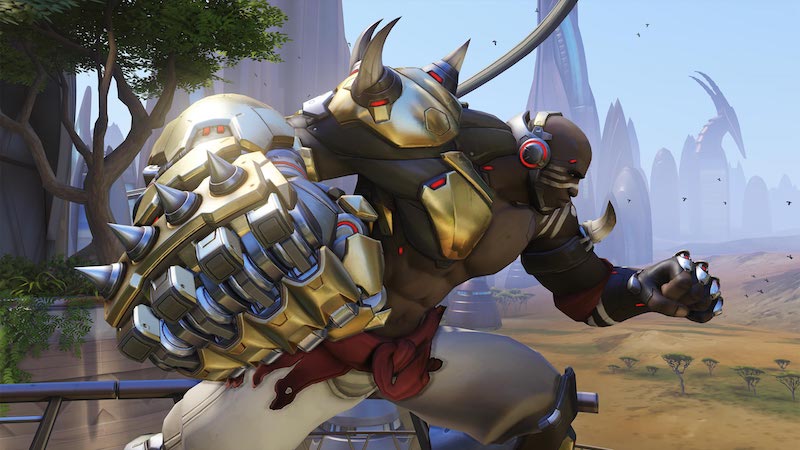 Popular multiplayer shooter Overwatch received a new update that adds Doomfist - a new hero to the game. The patch brings Overwatch to version 2.16 and has a size of 1.448GB on the PS4. In addition to including Doomfist, it also promises to fix one of the game's long-running issues - duplicate loot boxes.

"We always want the experience of opening a loot box to feel exciting and rewarding, and in our latest patch, we’re working to improve that experience in two key ways. First, we’re drastically reducing the amount of duplicates you will receive when opening loot boxes," said Blizzard in a post on its site. "Second, to compensate for this reduction of duplicate items, we’re also increasing the overall amount of credits you will receive from loot boxes. On average, you should be earning just as many credits, if not slightly more, from loot boxes as you did prior to these changes."

Other welcome add-ons include being able to create your own highlights, and rectifying bugs such as "Best In Game" stats not being updated.

Previously, Blizzard commented on its choice of voice actor for Doomfist. Despite many a rumour prior to the reveal, Blizzard opted for Sahr Ngaujah instead of fan favourite Terry Crews. At a panel during the San Diego Comic Con, many Overwatch fans shouted Crews’ name repeatedly.

At the end of the panel, Overwatch Senior Designer Michael Chu explained why Crews was passed on for another actor.

“We love Terry. Terry’s awesome. He came and visited us. We had a great time,” senior designer Michael Chu said.

While Crews’ explosive persona holds up well in Crackdown 3 and Brooklyn Nine-Nine, Ngaujah’s delivery is what you’d expect from a character with the lore and backstory devised by Blizzard, making him a better fit.

Now that Doomfist is finally playable for all and a Summer Games event hinted at soon after, there's more than enough of a reason to come back to Overwatch.