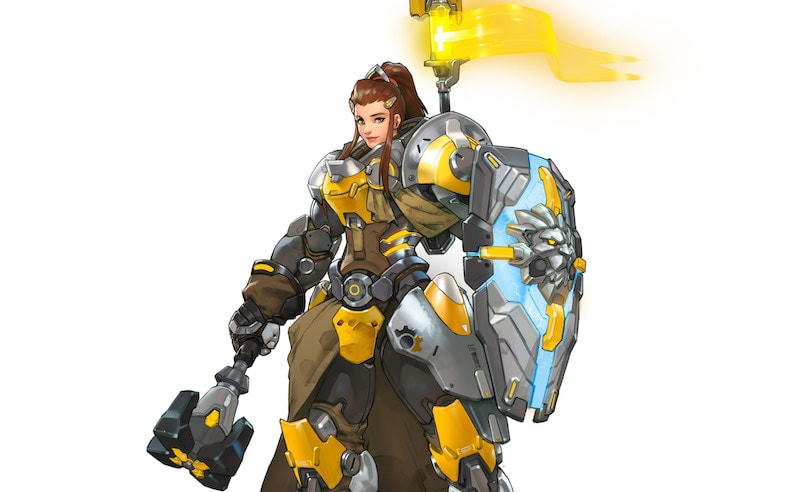 After a week of teasing, Blizzard has revealed new Overwatch hero Brigitte. She is a support class character that wields a hammer and a shield. In addition to this, Blizzard let slip more details of Overwatch lore by stating that she is the daughter of Torbjorn and is the squire of Reinhardt. Both are popular Overwatch heroes focussing on defence and tank roles respectively.

Brigitte's entry to Overwatch follows Moira, Doomfist, Orisa, Sombra, and Ana. She is a support class character and the 27th addition to the game's ever-growing roster of heroes.

"As a squire, Brigitte had many responsibilities, the most important of which was the upkeep of Reinhardt's Crusader armor (a design she was familiar with as the current version was designed by her father). But more and more, she found her main job was taking care of Reinhardt himself, trying to protect him from his overenthusiasm even as his body was breaking down from years of combat," the story entry for Brigitte reads on the Overwatch website. Her abilities are as below.

No release date for Brigitte has been announced yet other than Blizzard stating she's "coming soon" to the game. We won't be surprised to see her join the roster around the Overwatch Anniversary Event that's in May if not sooner. She's playable through Overwatch's PTR on PC right now before coming to PS4 and Xbox One.

PS3 and PS Vita Games Will Not Be Included in PS Plus From March 2019: Sony