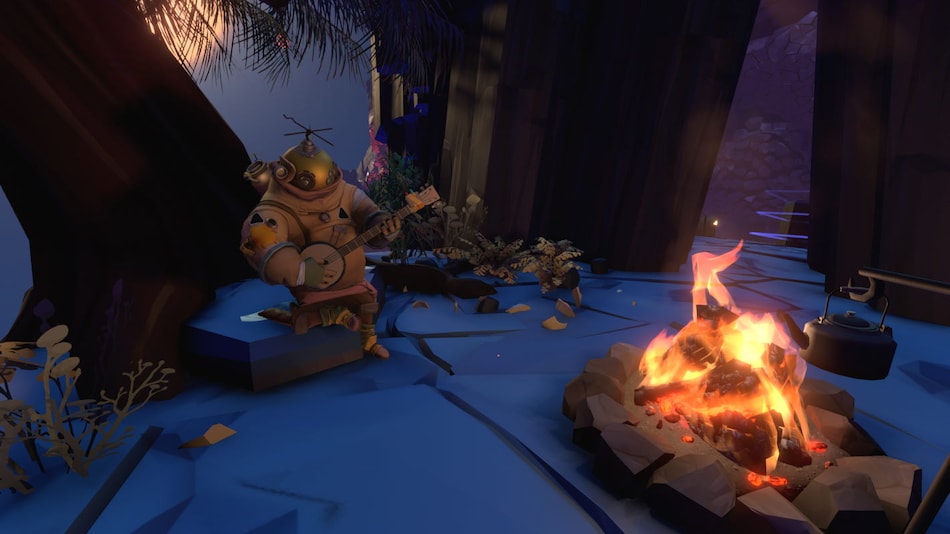 Outer Wilds will launch on next-gen systems, along with the Echoes of the Eye DLC

Outer Wilds is coming to PS5 and Xbox Series S/X. Developer Mobius Digital confirmed during the Annapurna Interactive Showcase on Thursday that the next-gen versions of the game would run at a solid 60fps. Those who own the title on PS4 or Xbox One will get a free upgrade once they shift to the new consoles. The update is slated to launch on September 15 and includes the ‘Echoes of the Eye' DLC. A Nintendo Switch version for Outer Wilds is also in the works.

PS5 users who never owned the game before will have to purchase the next-gen version when it launches. Or you could head over to the PlayStation Store and buy the cheaper PS4 version and wait until Outer Wilds drops in September. The publisher is currently running a promotional Summer Sale, which would allow you to buy the game at Rs. 834 (a 34 percent discount).

Xbox players, on the other hand, can take advantage of their Game Pass subscription to add Outer Wilds to the library. When the next-gen version launches, the update should automatically download, giving you access to the full 60fps experience. Xbox Game Pass is now available at an introductory offer of Rs. 50, after which players will be expected to pay Rs.499 per month.

A Nintendo Switch version of Outer Wilds was announced during last year's Annapurna showcase, but it still has not come to fruition. The studio made an appearance this time to assure that the version is still in the works, but there is no firm release window.

Developed by Mobius Digital, Outer Wilds features an odd premise. Players take control of an unnamed space explorer and travel to the far reaches of the galaxy, to find themselves stuck in a time loop. Every 22 minutes, the prime star of the solar system goes supernova, thereby resetting every planet and particle back to its original state. Players are encouraged to explore and uncover the secrets of an extinct tribe called Nomai, in an attempt to solve the mystery. And although the game sounds rogue-like, it leans more towards the adventure genre.

Outer Wilds is coming to PS5 and Xbox Series S/X, along with the Echoes of the Eye DLC, on September 15.