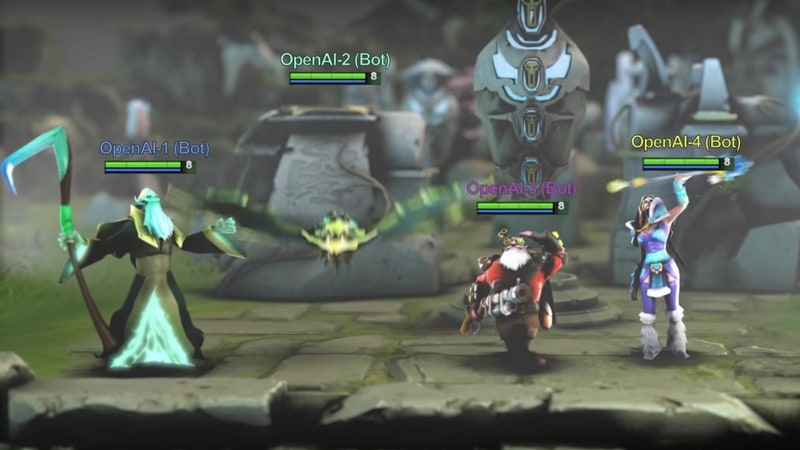 Artificial intelligence (AI) is taking over the battlefield both in the real and digital sense. Valve's multiplayer online battle arena (MOBA) video game, Dota 2, is the latest example of that. OpenAI Five, a team of five neural networks, may just have shown that the makers of technology, humans, are a step behind their own creation. The bots have been developed by OpenAI, which is a non-profit organisation founded by SpaceX founder Elon Musk, and Sam Altman.

In the three-game series, OpenAI Five bots won the first two games and in the final game, lost it to the human players, as the audience selected their team of five against the AI team. This resulted in OpenAI Five predicting a lower chance of winning of the match - just 2.9 percent, in fact. Next step, is The International 2018 (T18), which is Valve's own Dota 2 major and considered one of the biggest e-sports tournaments in the world. The OpenAI Five bots will take on current Dota 2 pros at the event. To recall, in June this year, OpenAI Five beat an amateur team. Last year, at TI7, an OpenAI bot took on Dota 2 pros in a 1v1 battle, and demolished them. OpenAI admitted however, that 1v1 matches have many less variables involved, making it easier for an AI to learn and master.

Ahead of the three-game battle, OpenAI in a blog post explained, "Because our training system Rapid is very general, we were able to teach OpenAI Five many complex skills since June simply by integrating new features and randomizations. Many people pointed out that wards and Roshan were particularly important to include - and now we've done so. We've also increased the hero pool to 18 heroes (Axe, Crystal Maiden, Death Prophet, Earthshaker, Gyrocopter, Lich, Lion, Necrophos, Queen of Pain, Razor, Riki, Shadow Fiend, Slark, Sniper, Sven, Tidehunter, Viper, or Witch Doctor)."

The blog added, "We've increased the reaction time of OpenAI Five from 80ms to 200ms. This reaction time is much closer to human level, though we haven't seen evidence of changes in gameplay as OpenAI Five's strength comes more from teamwork and coordination than reflexes."