Now control the 'Force' with Kinect 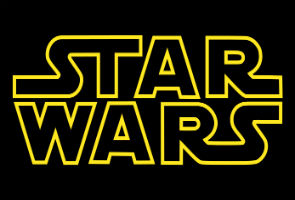 Highlights
E3 starts in a few hours but Microsoft has already given us a sneak preview trailer of the new Kinect optimized Star Wars game. Microsoft and Lucas Arts have developed Star Wars for 'Kinect' in collaboration.

Players will also be able to use various vehicles native to the Star Wars universe such as the X-Wing fighter for epic space battles and pods for pod races. Players will be able to control all these vehicles through 'Kinect' instead of a traditional controller.

The trailer also hinted at multiplayer support but as of now there are no details on that feature.

On the face of it, the gameplay looks very similar to other Star Wars titles such as the Force Unleashed and the older Jedi Academy series, but there is a key difference, Kinect! Players for the first time will be free from the shackles of a controller and they will execute them with their own hands. Even master Yoda would struggle to beat this!

The game will be held in the same timeline as the original trilogy and players will travel to familiar locales from these movies.

Star Wars for Kinect will be an Xbox 360 exclusive.

In the meantime all wannabe Jedi's can drool on the following official trailer of the game.