No Man's Sky Has a Few Glitches, Predictably 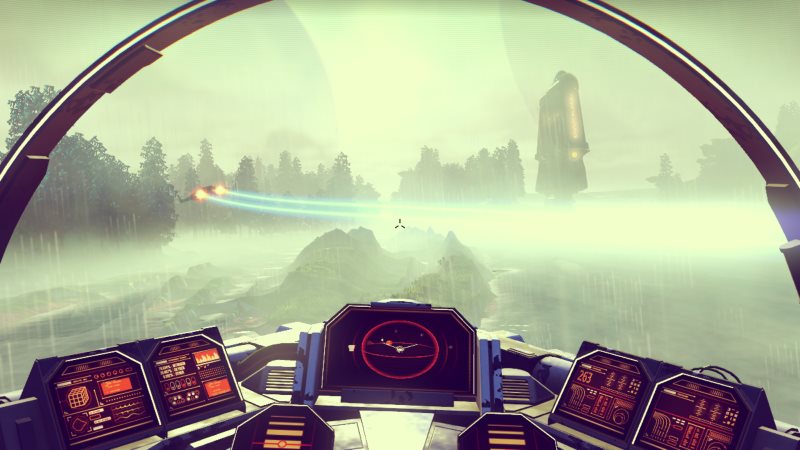 Hello Games' sprawling space survival title No Man's Sky has only been out for a couple of days but despite its massive first update, players have already come across a few glitches, troubling to various degrees.

The first of those only affected people who had pre-ordered the game. Doing so meant you started off with a better ship than others, with a hyperdrive to boot. For everyone else, No Man's Sky has a tutorial that tells them to how to acquire the blueprints for a hyperdrive module. Since the pre-order buyers are never shown the tutorial, any new ships they buy would end up without the required item.

(Also see: What to do this long weekend: No Man's Sky, Supergirl, and more)

Thankfully, Hello Games has offered a response. "It has been reported that using the pre-order bonus ship will leave some players stranded, if they purchase or transfer to a new ship that does not have a hyperdrive (if done very early in game)," founder Sean Murray wrote. "In most cases the player is actually able to continue (107 of the 135 reports emailed so far). The game already detects the player needs a hyperdrive and directs them to a nearby NPC who will give the player the hyperdrive they need. Some other players were able to resolve this issue by restarting their console."

The second problem seems to be a bit of exploit: Eurogamer seems to have unearthed a way to double your inventory of items. Whenever you die in No Man's Sky, you will need to go back to your grave marker to get your resources back. But if you were to, say reload your previous save file before heading to your place of death, you will be able to duplicate your inventory. Hello Games is yet to comment on the issue, let alone issue a fix.

The third issue happened on the first day itself as two players upon realising they were quite close by decided to meet up and live-stream the whole thing. But even after encountering the same landmarks, they couldn't see each other. What made it odder was that it was daytime for one of them, and night for the other. While Murray did acknowledge the incident over on Twitter, he didn't offer any explanation on what transpired.

Have you come across any other glitches? Let us know in the comments below or tweet to us @Gadgets360 with #NoMansSky.

No Man's Sky will release on Steam for Windows PCs Friday at 10:30pm IST. It is already available on PlayStation 4 via the online store, and you can pick up a physical copy on August 13.