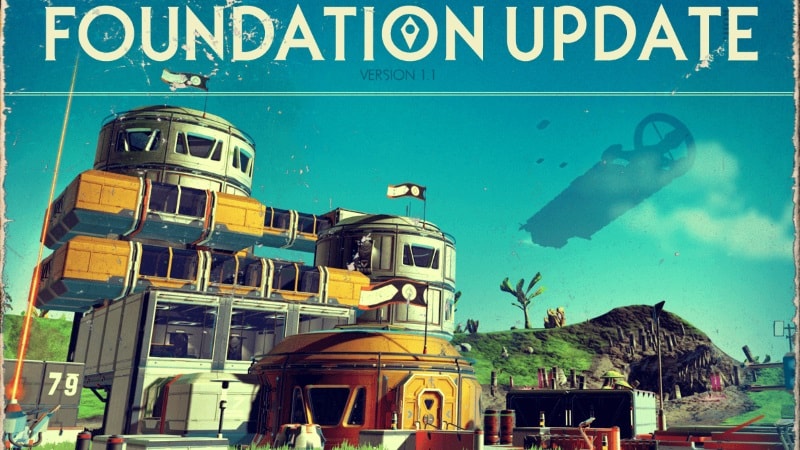 There have been very few games that have fallen from grace like No Man's Sky did after its launch earlier this year. Even though the game was one of the most anticipated titles of the year, it was criticised for its repetitive gameplay and false advertisements by critics and gamers alike. Now, the developer of the game - Hello Games - has come up with the Foundation Update for the title to bring several features that can improve the gameplay substantially. The update brings the game version to v1.1, and is said to be first of several free updates.

With the Foundation Update, now rolling out to the PC and PS4, gamers will be able to play the game in three different modes, namely-Normal, Creative and Survival mode. While Normal mode is aimed at providing the core exploration experience to players, Creative Mode allows them to do so while developing a huge base. The Survival Mode provides the users with a "challenging endurance" experience that is likely to be filled with more obstacles than the other two modes.

The update further brings along the ability for the players to create their own customised outposts. "Construct your homestead for shelter, using modular structures and decorations, replicated from resources gathered while exploring. Recruit alien lifeforms to help research new technology. Farming, engineer, weapons and science specialists are hirable from Space Stations," Hello Games said in its blog post.

The storage capacity of the inventory slots has been further increased and the players can make use of freighters to move their resources. No Man's Sky players get the ability to customise their freighters and can even grow crops while on-board.

(Also Read: No Man's Sky Is One of the Lowest Rated Games on Steam)

"It adds the foundations of base building, and is a foundation for things to come. This is the first of many free updates," Hello Games said regarding the massive No Man's Sky update. The game gets graphical additions in the form of motion blur and temporal anti-aliasing (TAA). Considering the heat faced by the game post its launch, the Foundation Update seems to be carrying a lot of expectations from the game's developers to fix some of the complaints by their customers.