Nintendo Switch's right Joy-Con can be converted into a tripwire with the app. 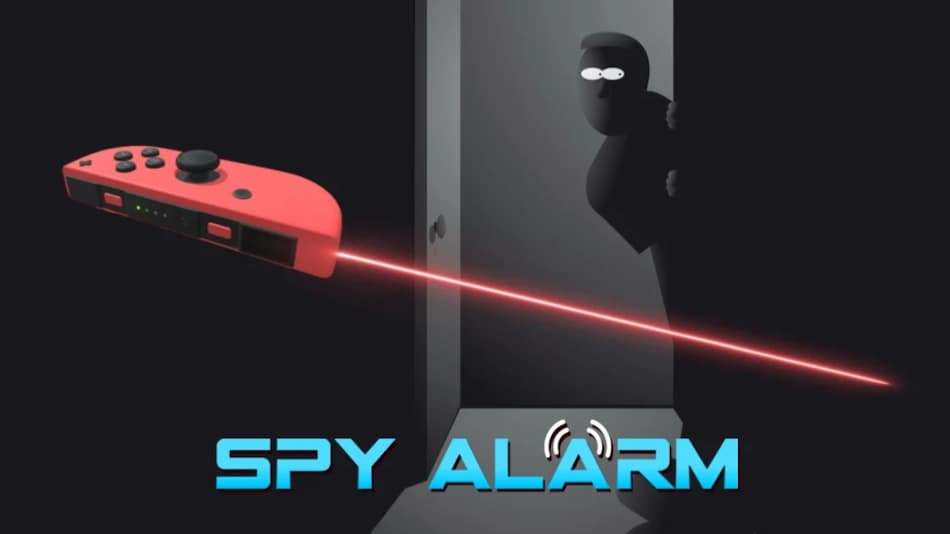 Nintendo Switch users can start getting the app starting May 27

Nintendo Switch as a security device? Game developer Sabec plans to make it possible. Its Spy Alarm app — lined up for a release on May 27 — can turn your handheld console into a laser tripwire.  As Nintendo says on its website, "Spy Alarm guards your stuff!" With the app, the Nintendo Switch can transmit an invisible infrared tripwire that, if breached, sounds an alarm. Actually, it's the right Joy-Con's IR Camera that largely leads the operations here, sending out this invisible beam. And if someone or something crosses the beam, the console raises the alarm.

There's more. First, you can switch between at least four different alarm sounds. And since a bonus Spy Alarm comes equipped with an intruder logger, it allows you to see exactly when and how many times the alarm was triggered while you were not there.

On its website, Nintendo also says the alarm works better if it's placed on the edge of a flat surface within the range of up to 1m. However, there are a few things to underline here.

First, for the Spy Alarm to work, the switch needs to be continuously running the app. More importantly, while the app is on, you can't play games on the console, something game enthusiasts may not like. The app doesn't send mobile alerts when it detects an intruder, a report in Engadget said. Another critical thing is the app is also limited by the battery life of the Joy-con.

Even though it can't really replace your home security system, it would be good fun to see it function. Supported in English, the Spy Alarm launches for Nintendo Switch on May 27 for $9.99 (roughly Rs. 730).

Earlier, Sabec had introduced an app called Calculator that had a pretty clear and easy-to-read design. “Calculator has an appealing modern and practical design, sure to be popular with all students and engineers,” read the app's description. It's available for Switch on Nintendo's online store for $10 (roughly Rs. 730).