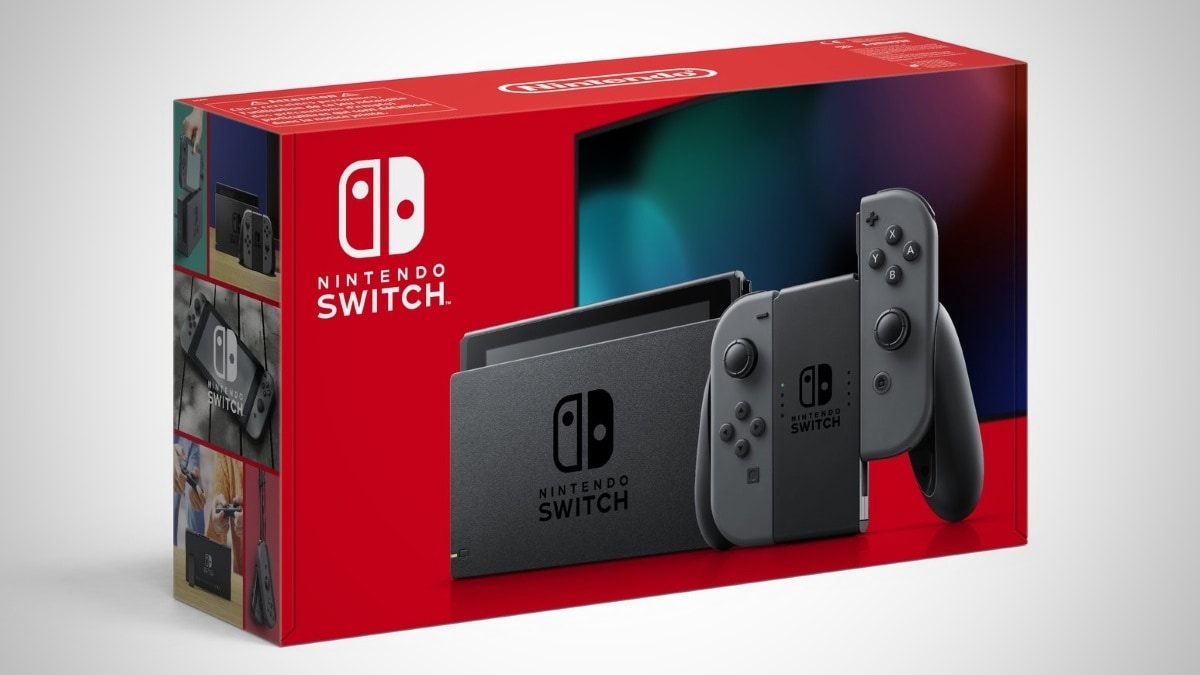 The new Nintendo Switch — that was launched in mid-August globally — is now available in India's grey markets starting at Rs. 27,500, per a new report. Considering it retails for $299 (about Rs. 21,400) in the US, you're looking at a minimum extra of Rs. 6,000 if you plan to buy it locally. The new Switch, or rather the upgraded Switch as it should be called, differs from the old one in just two primary aspects: the processor and graphics unit. Thanks to lower power consumption because of a change in the main CPU and GPU, the new Switch has a longer battery life, running for approximately 4.5 to 9 hours, up from the original's 2.5 to 6.5 hours.

If you're interested in buying the upgraded Switch, you will need to keep an eye on the packaging, model number, and the serial number. While the original Switch ships with a box that features the Switch, the dock, and the Joy-Con controllers with their grip on a largely off-white background, the new Switch's box has a completely red background. (Look at the images above and below for more clarity.) Additionally, the model numbers are HAC-001 for the old Switch, and HAC-001(-01) for the new one. Lastly, the serial numbers start with XAW (old) and XKW (new).

For those that don't care about extra battery life, the old Switch is now down to Rs. 21,000 in India's grey markets. Both price reports come from Indian gaming site The Mako Reactor. If you aren't comfortable shopping in the grey markets, you can pick up the old Switch starting at Rs. 24,580 on Amazon India. The new Switch doesn't seem to be available online yet, but we advise you to contact your seller and ask them if they already have units or are expecting them soon. Gadgets 360 understands that the India price for the upgraded Switch will drop a little in September as supply-and-demand normalises.

Don't hold your breath for Nintendo to officially release the Switch in India, considering the Japanese giant doesn't have any presence in the country. The new Switch was originally launched in Japan and the US in August, and it will come to the UK in September. There's no word on the hybrid console's launch in other markets.

Mi A3 Goes on Open Sale in India via Amazon, Mi.com Till August 31
US, France Reach Agreement on Digital Taxes