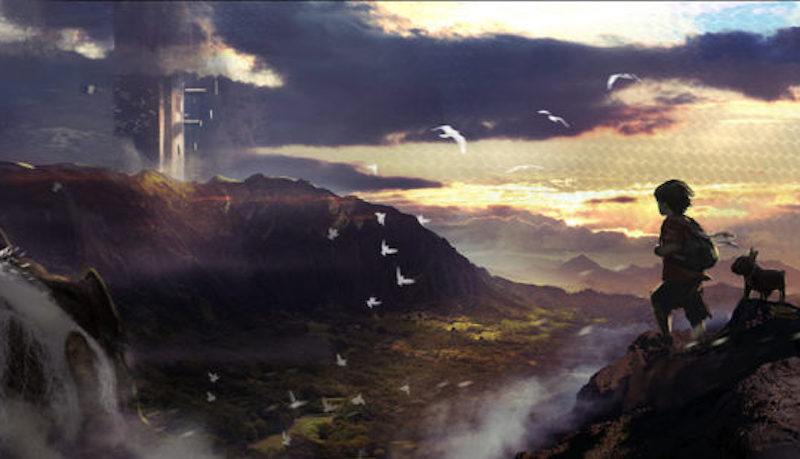 While Nintendo showed off some gameplay of The Legend of Zelda: Breath of the Wild on The Tonight Show with Jimmy Fallon, we’ve heard little in the way of third-party developers supporting the platform. That is, until now.

According to serial Nintendo Switch leaker Laura Kate Dale of LetsPlayVideoGames, there will be a game exclusive to the Nintendo Switch that will be revealed in December along with screenshots. There was little else mentioned.

(Also see:  Could the Nintendo Switch be Underpowered When Used Without Its Dock?)

But the eagle-eyed forum members of NeoGAF have pieced together what could be Seasons of Heaven. The screenshots Dale shared were similar to the art work posted on the website for the book Seasons of Heaven. All elements such as a dog, a little boy, and a tower feature prominently as well, strengthening the case that this is the game Dale was referring to.

More so, Seasons of Heaven authour Nico Augusto (who also leaked information regarding Wii U exclusive Devil’s Third) dropped a hint that makes it all but obvious.

“We are going to show someswitch this week. Stay tuned and follow @AnyArtsProd,” he tweeted.

Other possible games for the Switch include Skyrim, Splatoon, Pokemon Stars, and the all but obvious The Legend of Zelda: Breath of the Wild. Hopefully we’ll see more of all of these when Nintendo shows off the Switch along with its price and release date in January.