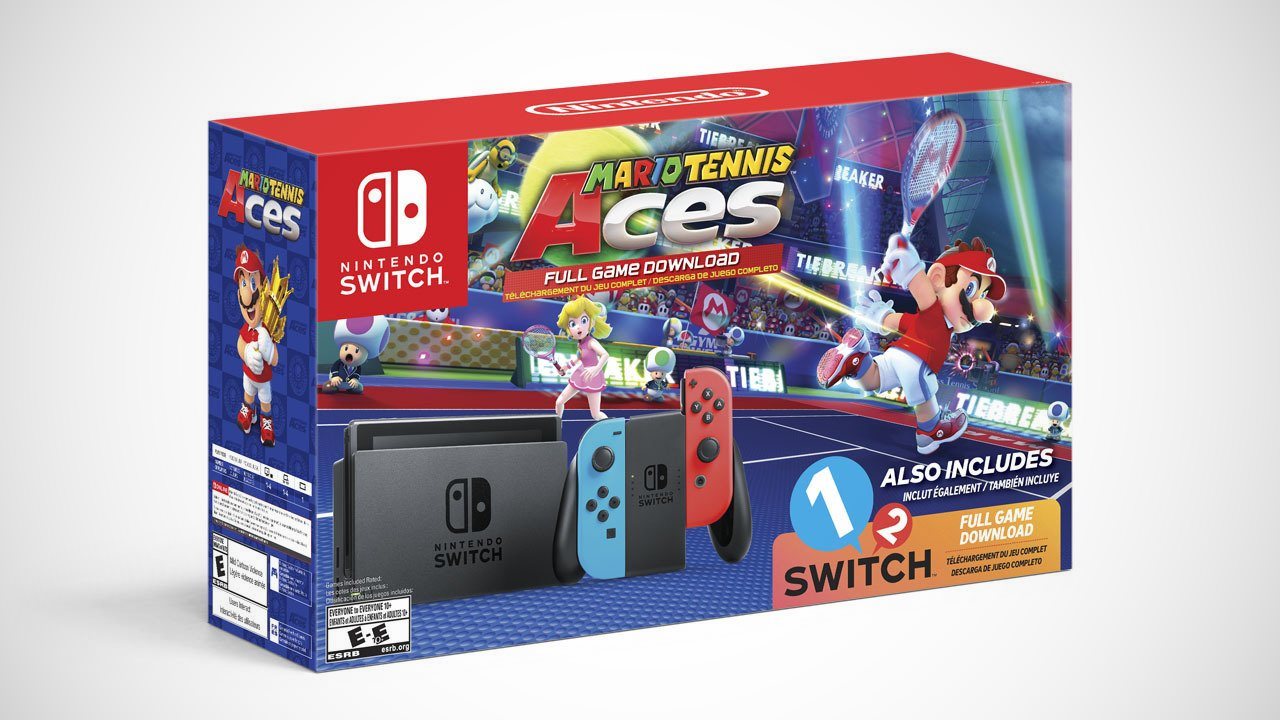 Nintendo has announced a new bundle for its hybrid console the Switch at $359 (about Rs. 25,200), which comes with red and blue Joy-Cons, and digital download codes for its tennis title Mario Tennis Aces and party game 1-2-Switch, which will be redeemable via the Nintendo eShop. The new Switch bundle will be available exclusively through Walmart in the US, starting Wednesday, September 5.

Mario Tennis Aces for Nintendo Switch Is Tougher Than It Looks

When the Switch launched last year, a large subset of potential buyers thought that 1-2-Switch should have been bundled for free with the console – just as Wii Sports was made part of the Nintendo Wii – since it showcases the unique capabilities of the Nintendo machine. Nintendo seems to have finally gotten there with the new Mario Tennis Aces-Switch bundle.

Nintendo is positioning the new offer as a way to “start your holiday shopping extra early” for American customers, which it really is given the bundle comes out in September. Hopefully, the bundle will still be around by the time the US holiday period actually gets here.