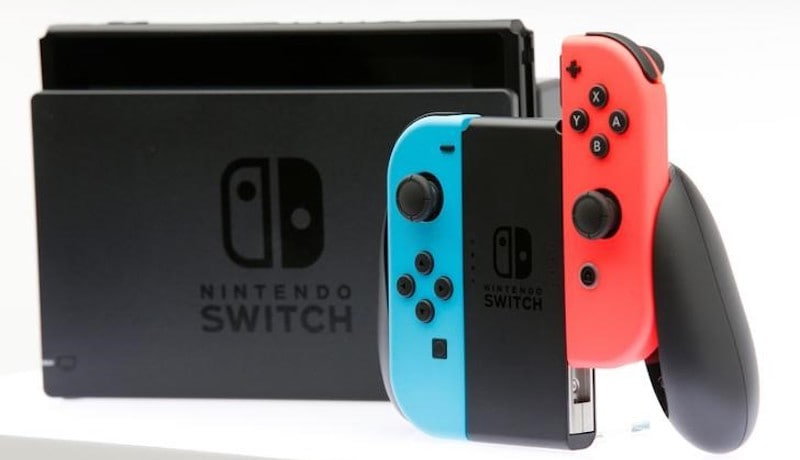 Nintendo Co Ltd on Friday priced its first console in about four years above market expectations, disappointing investors and clouding its prospects of winning back gamers who have shifted from consoles to smartphones.

The Japanese firm said it will launch the Switch, a hybrid home console and handheld device, on March 3. It will be priced $299.99 (roughly Rs. 20,000) in the United States, the same as Nintendo's current Wii U console, whereas in Japan, it will cost about 20 percent over its predecessor at JPY 29,980.

Nintendo, which began by making playing cards in the late 19th century, is counting on the Switch to revive its earnings which rely heavily on console sales.

But the pricing left Nintendo shares ending at a two month low after falling as much as 6.3 percent. That compared with a 0.8 percent gain in the benchmark Nikkei 225 share price index.

"Pricing at around JPY 25,000 (roughly Rs. 15,000) would have been received well but the pricing is on the high side," said Fumio Matsumoto, senior fund manager at Dalton Capital in Japan.

"The machine can be used both as a home console and handheld device so the higher price is understandable to some extent, but there aren't really enough software titles to justify that start price," he said.

But the succeeding Wii U flopped due to a dearth of popular game titles and a consumer migration to smartphone games, pushing the company into a loss for three consecutive years through March 2014.

The company finally entered mobile gaming last year by bringing its Super Mario Bros franchise to Apple Inc's iPhones, but it still sees console gaming as central to its business.

Analysts said the Switch is likely to offer a richer game lineup than its predecessor as the new console is powered by processor chips based on game developer-friendly architecture by designer ARM.

Nintendo said more than 50 game software makers are developing 80 titles for the Switch. Of those, eight will be available at the time of launch in Japan, including "The Legend of Zelda: Breath of the Wild."

But some industry watchers are cautious about potential difficulties for developers.

"It is a console with a complicated controller setup and that means game makers have to create titles to fit with that, which is a problem," said Kenji Ono, an independent gaming journalist.

"Also it is unclear how it connects with online gaming and there was no announcement of how it links up with (smartphone games) Pokemon Go or Super Mario Run."

Nintendo previously said it expects to ship 2 million Switch consoles by the end of March.