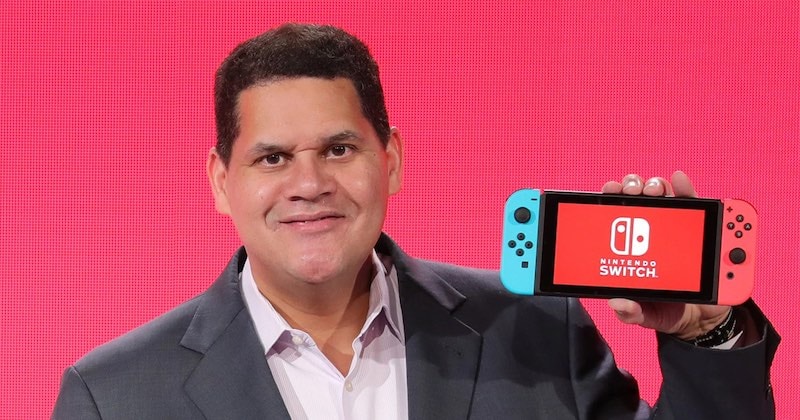 Nintendo has announced that Nintendo of America President Reggie Fils-Aime will retire on April 15. A regular at Nintendo's presentations and pre-recorded Nintendo Direct events, he will be succeeded by Doug Bowser who currently serves as Senior Vice President of Sales and Marketing at the company. Fils-Aime has spent 15 years at the company, 13 of which had him as President and was the first American to hold the position, succeeding Tatsumi Kimishima. Fils-Aime started at Nintendo of America in 2003 as its Executive Vice President of Sales and Marketing and became its President and COO in May 2006. His time with Nintendo began during the Nintendo GameCube and Game Boy Advance era.

"I really appreciate everything Reggie has done for Nintendo," said Shuntaro Furukawa, President of Nintendo Co., Ltd in a prepared statement. "Inside and outside our company, Reggie is known as an exceptional leader. We are grateful that he is leaving the business in good shape with strong momentum. While we will miss him and we wish him the very best in his retirement, we are also pleased to have such an able successor ready to step into that role. Doug Bowser and the rest of the team will ensure a seamless transition and continued momentum for Nintendo."

"Nintendo owns a part of my heart forever," Fils-Aime said in a prepared statement. "It's a part that is filled with gratitude – for the incredibly talented people I've worked with, for the opportunity to represent such a wonderful brand, and most of all, to feel like a member of the world's most positive and enduring gamer community. As I look forward to departing in both good health and good humour, this is not ‘game over' for me, but instead ‘levelling up' to more time with my wife, family and friends."

Fils-Aime leaves Nintendo on a high note. The Nintendo Switch has sold 32.27 million units since its launch in March 2017 with 14.49 million sold last quarter.

This was revealed during the company's latest financial report. Nintendo had a 36 percent spike in quarterly operating profit, though it dropped its annual sales forecast for the Nintendo Switch from 20 million to 17 million though expects to sell 110 million units of software instead of 100 million it previously estimated.

The Nintendo Switch isn't the only solid performer with Nintendo 3DS sales totalling 74.84 million. Furthermore, 3DS software is at 375.97 million units worldwide lifetime to date compared to the Switch's 163.6 million units in total.