Nintendo Direct: All Nintendo Switch and Nintendo 3DS Games Announced at the Event 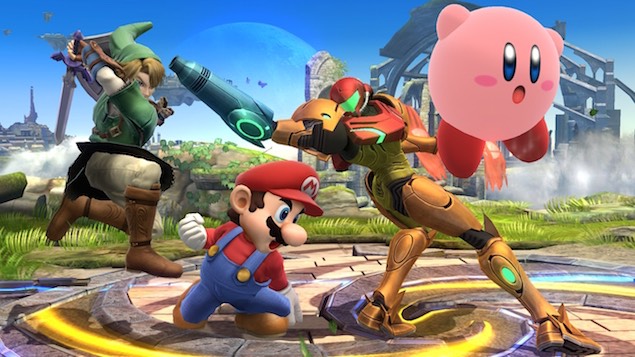 Nintendo announced a wealth of games for the Nintendo Switch and Nintendo 3DS at its Nintendo Direct event. And in a move that’s bound to disgruntle long-time fans, a lot of the games announced were ports of existing titles present on past Nintendo systems like the Wii U or third-party games now slated to hit Nintendo hybrid console. Here’s what you need to know.

Perhaps the biggest reveal was that of Super Smash Bros. for Nintendo Switch. It’s unclear if this entry in the popular fighting game series will be a port of the Wii U version like Mario Kart 8 Deluxe was but it has a 2018 release window and will show up with playable characters from Splatoon.

Luigi’s Mansion remake for Nintendo 3DS
Luigi’s Mansion was a launch title for the criminally underrated Nintendo GameCube. While it saw a sequel on the 3DS called Luigi’s Mansion: Dark Moon, it’s heartening to see Nintendo bring the original to a new audience on the 3DS as a remake. It will feature a boss rush mode and has an in-game map on the 3DS touchscreen.

Kirby Star Allies Nintendo Switch
This colourful platform game is out on March 16 but it would be getting free character updates such as Rick, Kine and Coo, Marx, and Gooey.

Splatoon 2 version 3.0 for Nintendo Switch
A new update to Splatoon 2 dubbed Splatoon version 3.0 is due late April. It brings over 100 pieces of gear, three new stages, and a high rank. What’s more is Splatoon 2 gets its first paid downloadable content (DLC). Called Octo Expansion it’s a campaign that brings octolings as playable characters. Octo Expansion is out in Summer 2018 for $20.

Hyrule Warriors Definitive Edition for Nintendo Switch
This Wii U remaster that fuses Dynasty Warriors style gameplay with the Zelda universe. With Koei Tecmo handling publishing duties instead of Nintendo in Japan, the nation gets the game this month while the Hyrule Warriors Definitive Edition release date is May 18 for the rest of the world. This is similar to Fire Emblem Warriors that saw an earlier release in Japan.

Dark Souls Remastered Nintendo Switch release date and Solaire of Astora amiibo
Dark Souls Remastered for the Nintendo Switch has a May 25 release date. In addition to this Nintendo revealed new amiibo for the game out on the same day. The Solaire of Astora amiibo lets you, according to Nintendo, “perform the popular ‘praise the sun’ gesture with reckless abandon.”

This adventure game spin-off in the Pokemon universe is due for the Nintendo 3DS on March 23. Along with it is an XL-sized Detective Pikachu amiibo out on the same day.

Every other Nintendo 3DS game announced at the Nintendo Direct

Every other Nintendo Switch game announcement at the Nintendo Direct

What's your take on the Nintendo Direct? Do you feel the glut of remasters and remakes does more harm than good? Let us know in the comments.