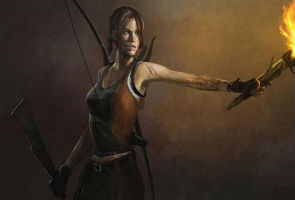 Highlights
Not necessarily a big surprise, but we really couldn't wait to get a lowdown of the reboot of the Tomb Raider franchise. Square Enix has launched a trailer of the upcoming title that looks epic. Don't expect to see Lara Croft in the avatar we have come to love. Here is a young Lara fresh out of university in search of adventure.

An unexpected accident finds Lara stranded on an island. Expect to endure some challenging puzzles to help lady Croft to safety in this adventure. The developers have drawn influence from a number of blockbuster titles such as Assassins Creed, Batman Begins, Half-Life 2 and
Uncharted to name a few.

Until we get a glimpse of some gameplay, here's a look at the launch Trailer of Tomb Raider.