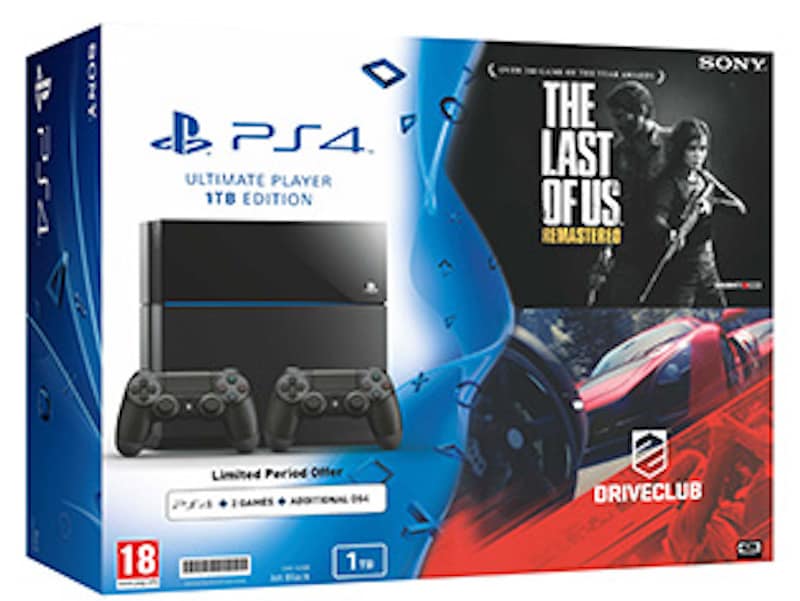 Not content with dropping the price on the PS4, Sony India has unleashed two new PS4 bundles. Both come with additional games, and one with a second DualShock 4 controller.

The first bundle, dubbed the PS4 Ultimate Player 1TB Edition has two DualShock 4 controllers and comes along with discs of The Last of Us Remastered and Driveclub. This is priced at Rs. 34,990.

And then there’s the PS4 Players Mega Pack 1TB. It comes with discs of The Last of Us Remastered, Driveclub, and Uncharted 4 along with the aforementioned 1TB PS4 console. It’s sports a Rs. 35,490 price.

Of the two, the PS4 Ultimate Player 1TB Edition offers better value. If you’re hankering for Uncharted 4, it is available for around Rs. 2,000 to Rs. 2,500 used on various gaming forums, making the second bundle rather redundant.

Without games or additional controllers, the 500GB PS4 is priced at Rs. 27,990. A DualShock 4 controller is available for close to Rs. 4,000. Even if you factor in roughly Rs. 1,500 apiece for The Last of Us and Driveclub, you’re still spending the same and losing out on an additional 500GB of storage - a point of concern given that PS4 games, even on disc, take up close to 50GB each not counting updates and such.

Several websites have already refreshed their listings to reflect these bundles, while offline retailers speaking to Gadgets 360 have confirmed it is in stock as well. Although, you can expect wider availability across the country from this weekend. Keep in mind that this is not the PS4 Slim or the PS4 Pro - both these consoles do not have a release date for India yet. Rather, this applies to the original PS4.

Nonetheless, given how e-commerce companies are falling over each other to provide the lowest prices, we won't be surprised to see a reduced price on existing bundles. Sony’s holiday lineup sports a host of new bundles with new games internationally. Hopefully we won’t have to wait too long to find out. Will you pick up the PS4 at its newly discounted price or do you prefer the Xbox One (or One S)? Let us know in the comments.