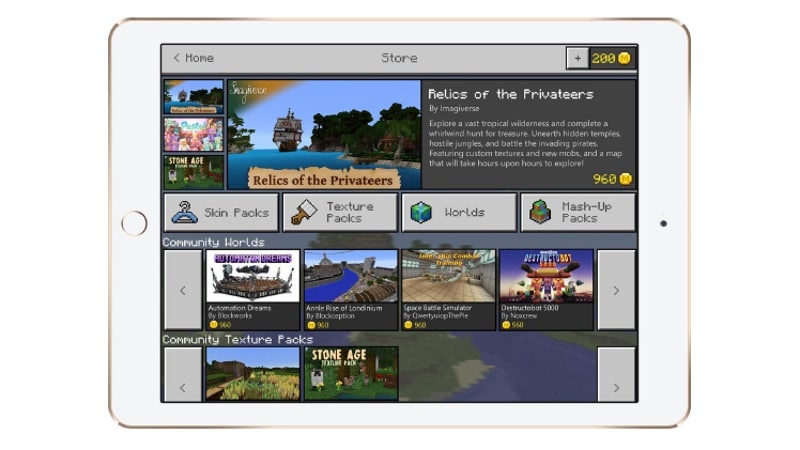 Within the Minecraft Marketplace, gamers will be able to browse and download different set of user-created content like skin packs, textures for the PC or mobile versions. However, these are not available for the purchase directly, instead users will have to buy 'Minecraft Coins' to pay for the content. Minecraft Coins will enable creators to fix flexible prices and take their share for the content being sold by them in the Marketplace. Mojang says the majority of the profit share goes to creators, with a 30 percent cut due to the Marketplace platform.

"The idea is to give Minecraft creators another way to make a living from the game, allowing them to support themselves in the creation of ever-greater projects, while giving Pocket and Windows 10 players access to a growing catalogue of fun stuff - curated and supplied by us, safely and simply. And, of course, you can still manually download free community creations you've found out there on the internet, too," notes Mojang in its announcement.

A public beta launch is scheduled in mid-April for Android that will focus on testing the Minecraft Coins. This updated will not include the Marketplace creator content, as it has been scheduled to go live later in the spring season.

Sony Launches a New E Ink Tablet With a 13.3-inch Display and Stylus
The Xbox Scorpio Is a Solution to a Problem That Doesn't Exist