Microsoft teased the Minecraft AR game for mobile devices at the end of its Build 2019 keynote. 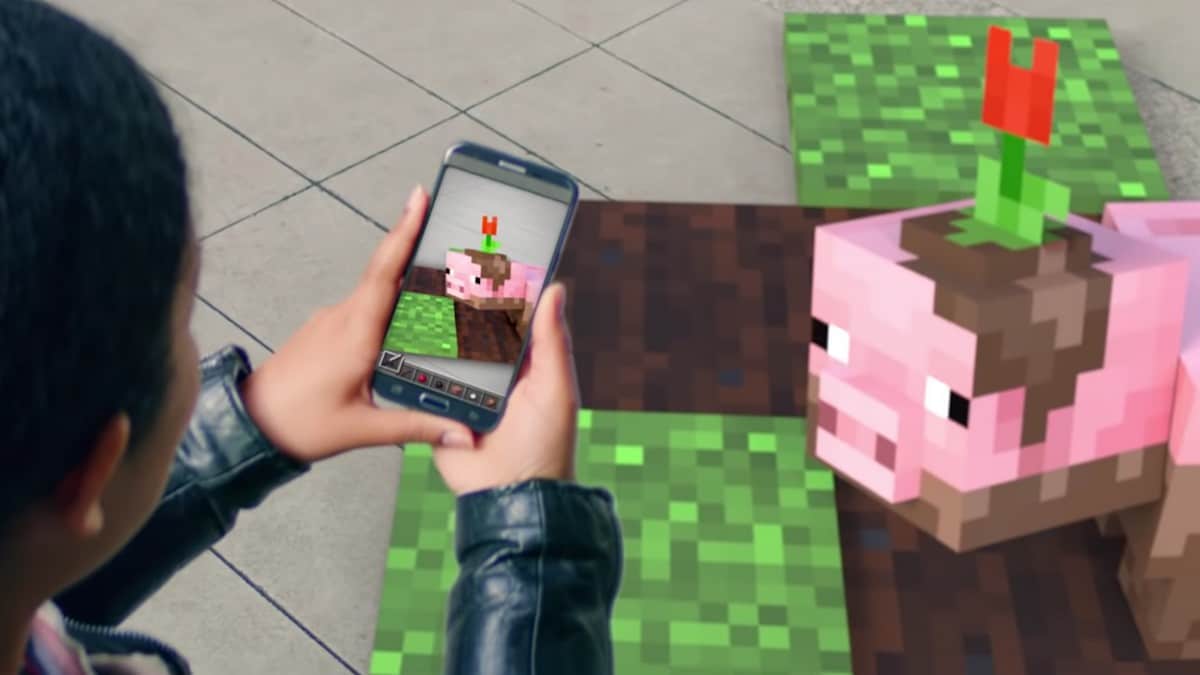 Microsoft at the end of its Build 2019 keynote on Monday teased a Minecraft AR game for mobile devices. The new game, which appears as a competitor to the highly popular Pokemon Go, is set to receive an official announcement on May 17. Nevertheless, the Redmond company has confirmed its existence by showcasing a nearly a minute-long teaser video just before signing off the jam-packed Build keynote. Minecraft in augmented reality (AR) and mixed reality experiences is already available for headsets such as the Oculus Rift and Gear VR. However, the newest development brings the sandbox game to the emerging mobile AR space.

In the video that was showcased at end of the Build 2019 keynote in Seattle on Monday, Minecraft Creative Director Saxs Persson leaves his phone outside the Washington State Convention Centre, where the Build conference is taking place this year. A woman then picks up Persson's phone to give it to him but finds the Minecraft AR running on the screen.

Microsoft hasn't revealed any details around the new AR development. However, CEO Satya Nadella while signing off his keynote presentation hints at its ongoing development by the Minecraft team.

“I can't wait to see to see the magic you build,” Nadella said during while concluding his presentation at the Build keynote and showcasing the Minecraft AR teaser. “But first I want to leave you with a sneak peek to some magic our team creating right outside this convention centre.”

Microsoft looks set to take on Niantic's Pokemon Go that clocked over 550 million downloads as of March this year. Niantic also last month released the beta version of Harry Potter: Wizards Unite that comes as the next location-based AR title by the San Francisco, California-based company.

Details around the Minecraft AR are set to be revealed on May 17. Meanwhile, you can watch the teaser video to see what Microsoft has for the mobile gaming world.