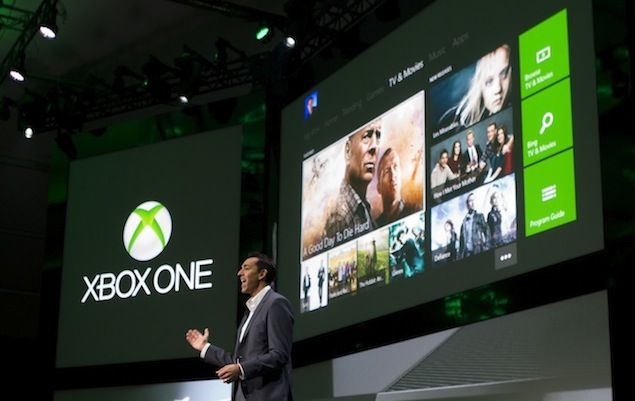 Retail stores in many markets have run out of Microsoft Corp's Xbox One consoles available for pre-orders, a senior company executive said, ahead of a major clash with Sony Corp's new lower-priced Playstation 4 this November.

Microsoft's first new gaming console in eight years will go on sale November 22 in 13 countries, Yusuf Mehdi, vice president of marketing, strategy and business for the Xbox, said in an interview.

That will put it one week behind the PlayStation 4 in the United States but ahead in many European countries where Sony's first new console in seven years is slated to go on sale on November 29.

The third-generation Xbox marks Microsoft's strongest push so far to dominate consumers' living rooms with an array of exclusive game and media content.

It has gone into full production and pre-orders have so far outpaced the available supply to retail stores in most markets.

"We have more pre-orders than any other Xbox console releases in history," Mehdi said, adding that the company would "enable some incremental, additional units for the day one release." He declined to give further details on the pre-orders.

The PlayStation 4, priced $100 lower than the Xbox One at $399, had more than 1 million pre-orders worldwide, Sony said last month.

The U.S. company is sticking to November 22 for its U.S. launch date as it is the anniversary of the 2005 launch of the Xbox 360, which helped Microsoft take the lead in the then-thriving industry. The gaming hardware industry has since lost much ground to casual gaming on smartphones and other mobile devices.

In Europe, Microsoft has struck a partnership with Electronic Arts to bundle its "FIFA 14" title from its popular soccer game franchise for free with pre-ordered consoles.

Mehdi said an upgraded Kinect motion sensor, cloud-gaming services and a lift in the consoles processing power to 1.75 gigahertz from 1.6 gigahertz would differentiate the Xbox One from its rivals.

(Also see: Xbox One launch in 8 European countries pushed to 2014)

The launch has been delayed in some markets until 2014 to work on customizing the user interface and translating software to native languages. These markets include Belgium, Denmark, Finland, Netherlands, Norway, Russia, Sweden, and Switzerland.