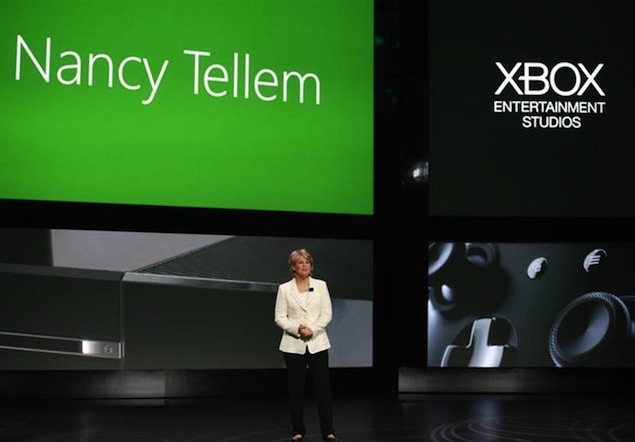 Microsoft Corp gave the world the first look at its new game console on Tuesday, hoping the newly named Xbox One will build on a solid core of gamer fans and become a hub for living room entertainment.

The third-generation Microsoft console, coming eight years after the Xbox 360, was unveiled by games unit chief Don Mattrick at an event at the software company's campus near Seattle.

The Xbox One is an "ultimate all-in-one entertainment system," Mattrick said.

The new device interacts with a user's television, responds to voice and gesture commands, and includes Skype video calling.

It will have 8 gigabytes of memory, with an updated controller and new-generation Kinect sensor that communicates a user's voice and gesture commands to the console. The technology is built on the Xbox operating system and the kernel of Windows software to handle Internet-based content.

The Xbox One will chiefly compete with Nintendo Co.'s new Wii U and Sony Corp.'s forthcoming PlayStation 4 for a bigger slice of the $65 billion-a-year computer game market.

But the world's largest software company also sees it as a broader strategic piece in the battle with Apple Inc., Google Inc. and others to control consumer entertainment in the age of tablets and smartphones.

Microsoft's stock was off 5 cents at $35.03 in afternoon trading on Nasdaq.

Xbox one launch and first look