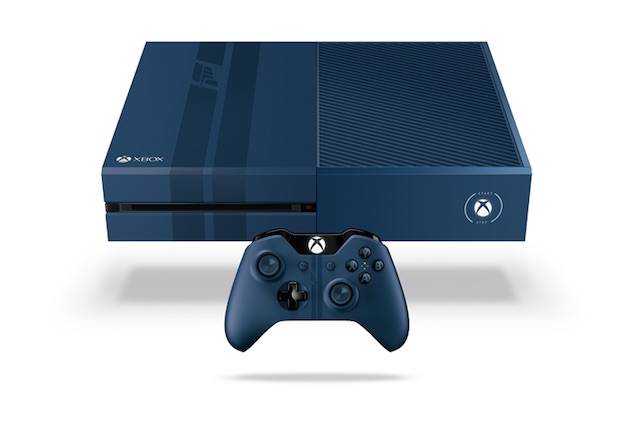 It's decked up in blue much like the game's cover car, the Ford GT. Sporting a 1TB hard drive, it also has racing stripes and sound effects that resemble what a sports car engine might make when starting up and shutting down for powering on and off the console respectively. Ejecting a disc has its own auto engine themed sound effect as well.

(Also see: Xbox One Gets a Price Cut in India; 1TB Console and New Controller Announced )

And on the topic of discs, the console does not come with a physical copy of the game. Instead you get a download code for Forza 6 and another for special downloadable content celebrating 10 years of Forza.

Also inspired by cars is the controller that matches the console perfectly, along with rubberised grips and the 3.5mm headphone jack that Microsoft announced as a revision to the controller prior to E3 2015.

At $399 (around Rs. 25,400) in the US and available from September 15, it's unlikely that we will see this special edition console hitting India officially. Considering that Rs. 34,990 nets you a 500GB Xbox One there is a possibility that this would be too steep a cost for local consumers.

In the past, speaking to now-defunct magazine Know Games, Xbox India head Anshu Mor claimed that research showed that Indian gamers did not prefer coloured consoles and it's possible that this could play a part in the console not making it here.