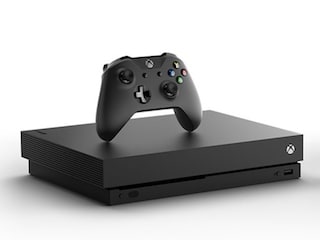 Microsoft will be announcing new Xbox hardware at Gamescom 2018. And if you were thinking it's the next Xbox, Xbox Two, or whatever Microsoft decides to call its Xbox One successor, think again. It will most likely be special edition variants of its existing consoles such as the Xbox One S and Xbox One X and possibly an update Xbox Elite Controller that was previously tipped for an E3 2018 reveal.

According to Xbox's Major Nelson, Microsoft will be hosting a special episode of its Inside Xbox show live from Gamescom 2018 at 4:30pm CEST on August 21. It will feature "all-new Xbox hardware and accessories, and features on upcoming titles that we can’t wait to tell you more about and perhaps even a few surprises". Gamescom 2017 saw Microsoft announce a special Xbox One S Minecraft console that was eventually released in most regions, India included.

The Xbox One, Xbox One S, and Xbox One X have sold a total of 39.1 million units. This comes at a time when Microsoft has announced the acquisition of several game studios and the creation of one, The Initiative at E3 2018.

According to research firm IHS Markit the Xbox One install base is at 39.1 million units versus the 76.6 million PS4s sold as of March 2018. Microsoft's sales figures are of interest as the company has preferred to focus on engagement as a metric of success over actual Xbox One consoles sold. This is in sharp contrast to Sony's regular updates on its PS4 sales, with the company confirming that the PS4 sold over 73.6 million units as of December 31, 2017. This estimate of 39.1 million Xbox One consoles sold differs wildly from EA's estimate of 29.4 million, a variance of 10 million Xbox One consoles leaves us skeptical to say the least.

"Microsoft ended March 2018 with an Xbox One installed base of 39.1 million compared to 76.6 million for Sony’s PS4. While, Xbox One X has sold well, Microsoft needed its E3 showcase to deliver on first party studio output and its platform exclusives to reap the marketing benefits of the technical and power advantages of Xbox One X over the PS4 Pro," said veteran industry analyst Piers Harding-Rolls of IHS Markit.

Fallout 76 Is Not a Survival Game: Bethesda