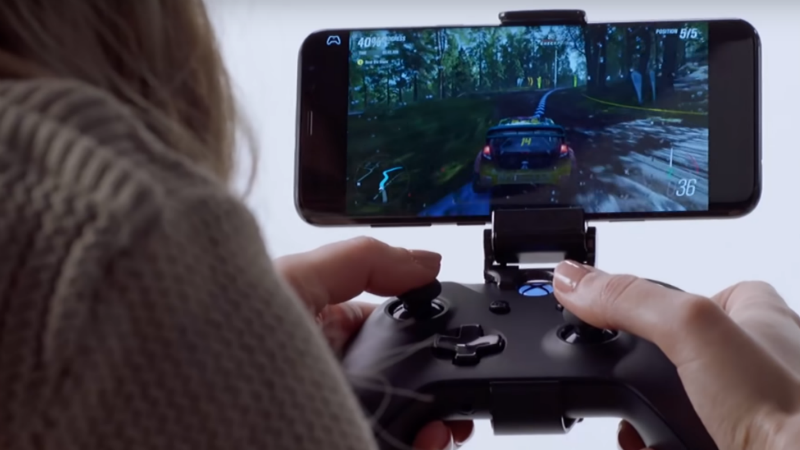 With Project xCloud, Samsung Galaxy smartphones will run games such as Halo and Red Dead Redemption

Microsoft at the Samsung Developer Conference (SDC 2018) in San Francisco, California has announced that it is bringing its Project xCloud to Samsung Galaxy smartphones in a bit deliver a console-like gaming experience. Based on a proprietary game-streaming technology, the Project xCloud is aimed to bring console and PC games to mobile devices. It was announced earlier this year after being a "multi-year" development for the Redmond company. Moreover, developers of more than 3,000 games available on Xbox One are already set to deploy their titles for devices supporting Project xCloud.

With Project xCloud, Samsung Galaxy smartphones will be able to run games such as Halo 5 and Red Dead Redemption 2 that are presently available on game consoles such as the Xbox One. The Project will essentially bring a cloud-powered, game-streaming experience - just as music or video streaming works at the present stage. Microsoft's Head of Global Gaming Partnerships and Development Sarah Bond during her keynote speech at the SDC 2018 revealed that the company is planning to build an experience similar to what Spotify did to music and Netflix did for videos to make games available on-the-go. "We decided we're gonna take the 40 years experience we have in gaming, our deep content portfolio, our extensive community of Xbox Live users, and we're going to combine that with Microsoft's global infrastructure that spans 54 regions around the globe," said Bond while addressing the attendees.

"We are going to create a future where the hundreds of millions of people who are holding a Samsung device are also holding the gateway to a high-power gaming experience," she added.

As detailed in a post on Microsoft Blogs portal, the company has enabled compatibility with various Xbox games by developing custom hardware for its data centres. It has also designed a customisable blade that can host the component parts of multiple Xbox One consoles and built the associated infrastructure supporting it to bring a console-like experience on mobile devices wirelessly. Additionally, there will be Microsoft's Azure cloud technology at the back-end to support it.

Indeed, there are obstacles such as low-latency video streaming remotely and the lack of support for a large, multi-user network. Microsoft is, nonetheless, addressing these issues by deploying developers and researchers at Microsoft Research.

Details about the launch date and pricing of opting for Project xCloud are yet to be revealed. Yet, Microsoft is confident enough and already announced that it is set to bring the development in public beta next year.

Gaming is notably on the radar of Samsung for some time. The company earlier this year tied up with Epic Games to bring Fortnite Mobile for Android first on the Galaxy Note 9. Similarly, last year's flagship Galaxy models including the Galaxy S8 handsets as well as the Galaxy Note 8 were among the key handsets to support Google's ARCore SDK.