Microsoft’s Project xCloud will be available to 22 markets at launch and India is not one of them. 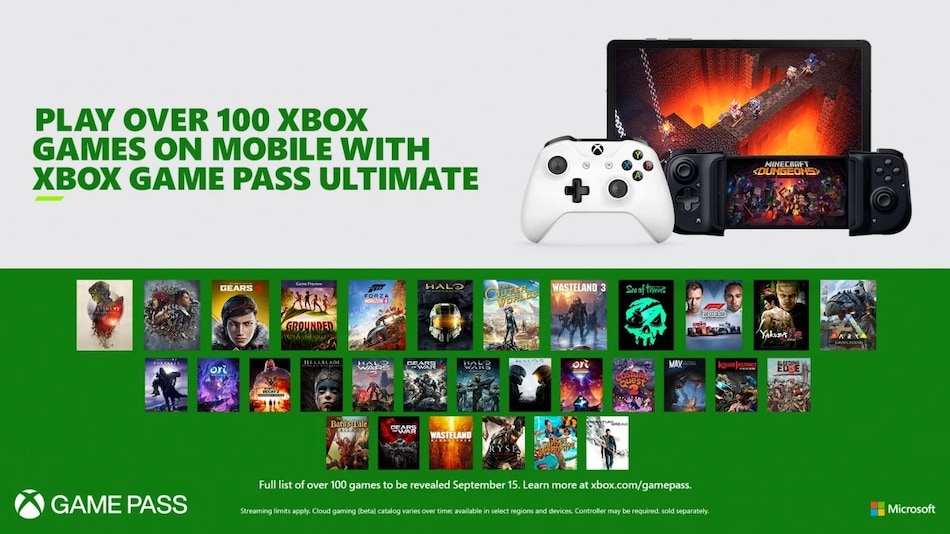 Microsoft's game streaming service, Project xCloud, will make its way to Android devices on September 15, the company announced through a post on its website. It is part of Xbox Game Pass Ultimate, the video game subscription service from Microsoft, and customers will be able to play more than 100 games on their Android phones or tablets from the cloud. It will be available in beta when it launches for 22 markets. Unfortunately, India is not one of the markets but more regions will be added in the future.

In its post, Microsoft's Xbox team announced that Android users who are subscribed to Xbox Game Pass Ultimate will be able to play more than 100 games on their phones or tablets starting September 15 when xCloud for Android launches. The games include Yakuza Kiwami 2, Minecraft Dungeons, Gears 5, Destiny 2, Tell Me Why, and more. The service will be first made available to 22 markets including Austria, Belgium, Canada, France, Germany, Spain, South Korea, the US, and the UK. It will be in beta when it first launches and the free xCloud preview will end on September 11.

Notably, Project xCloud is only available on Android and there is no information on if and when this feature will come to iOS devices.

“As the world around us changes and entertainment is readily available no matter the device, it's our vision to make games accessible in a variety of scenarios. All the experiences you expect on Xbox and your gaming profile travel with you on mobile, including your friends list, achievements, controller settings, and saved game progress,” Kareem Choudhry, Corporate VP of Project xCloud at Microsoft said.

Xbox Game Pass Ultimate membership costs $14.99 (roughly Rs. 1,100) per month. It includes exclusive member discounts, deals, perks, and Xbox Live Gold. Users who want to play on their Android phone or tablet will need to download the Xbox Game Pass app from the Google Play store, Samsung Galaxy Store, or the ONE Store.

Microsoft also said it is partnering with Razer, PowerA, 8BitDo, and Nacon to create new accessories for cloud gaming including phone clips, travel controllers, and Xbox branded controllers that split apart to accommodate a phone. The service will also work with a regular Xbox One Bluetooth controller or the PlayStation DualShock 4 controller.