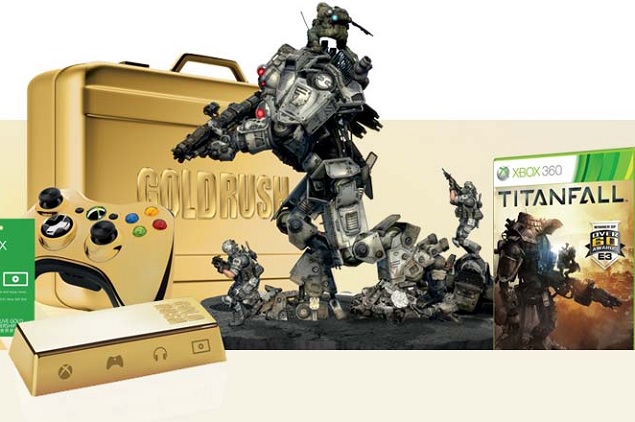 Microsoft India has kicked off its Xbox Live Gold Rush program in India, with the release of the Games with Gold service. If you head to a participating retailer and pick up a 12-month Gold subscription for Xbox Live, then you'll get 36 free games over the year, and you'll also be able to download 9 Xbox Arcade Games as a bonus.

Xbox Live is the online portion of Microsoft's Xbox console; you can have a free Silver account or a paid Gold one, but if you want to play games online, then you need a Gold account. Previously, this was one area where Sony had an edge, because you didn't need a PS+ account (the equivalent of Xbox's Gold) to play online. Instead, free users could still play, while PS+ users got game discounts, free full game trials, and regular downloads of full games that you can play as long as your account is active.

With the Playstation 4, Sony has added online gaming as a PS+ benefit; meanwhile, the Games with Gold service means that the Xbox is also offering a wide range of freebies today, making the two services very similar, though for now, Sony loyalists still have a lock-in advantage - you need just one PS+ account to get access to all freebies on your Playstation 3, Playstation 4, and Playstation Vita handheld console.

In countries like India, where piracy is also seen as a major concern for companies like Microsoft and Sony, promoting online play (where it is easier to implement anti-piracy measures) is important to encourage people to legally buy and play games.

With the Gold Rush, Microsoft is entering all Gold users in India in their lucky draw, and will be giving the winner a 'gold suitcase', containing goods worth $5,000 (approximately Rs. 3 lakh), including a gold bar, Titanfall Collector's Edition (Xbox 360), an Xbox 360 Special Edition Chrome Series Controller (golden, naturally) and an additional 12 months of Xbox Live Gold. Aside from this, eight other Gold members will also be chosen at random, to get a 12-month Gold subscription, and Rs 2,500 worth of credits to buy games with.

If you want to buy a Gold subscription, you can do it directly from your console, or you can also buy a card from an authorised retailer.